The Speaker of the Ebonyi House of Assembly, Francis Nwifuru has won the governorship primary election of the All Progressives Congress (APC) in the state. 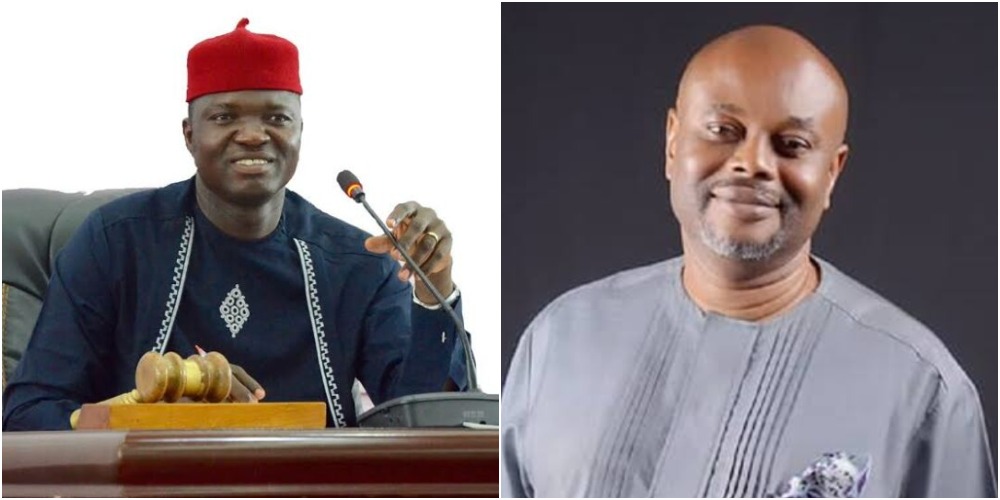 The speaker polled 743 votes to defeat four other aspirants in the APC primary election conducted, on Thursday, inside the Pa Ngele Oruta Stadium, Abakaliki.

The Chairman of the party’s committee for the primary, Emmanuel Adebayo declared Nwifuru the winner and commended all the contestants for their conduct during the exercise.

Adebayo announced that 855 delegates were accredited for the exercise, while a total of 854 votes was cast, adding that the total number of valid votes was 846, while eight votes were voided.

In his victory speech, Nwifuru commended the state governor, David Umahi, and thanked God for his emergence as the APC candidate.

He said, “Umahi has been the instrument God uses to uplift me and I will forever remain indebted to him. He picked me from nothing and made me something, including being the speaker of the state House of Assembly since 2015.

“I also thank all those who made this victory possible and this auspicious occasion is dedicated to all party faithful, especially the youths.”

Governor Umahi had endorsed Nwifuru as his preferred successor, an action that was opposed by some of the party chieftains in the state.

A businessman, Chief Uche Nnaji, also known as Nwakaibeya, has emerged as the governorship candidate of the All Progressives Congress (APC) in Enugu State.

He polled 1,070 votes out of 1,100 votes cast during the governorship primary election organized by the party’s Electoral Committee led by Sheriff Jalaba.

The exercise monitored by the Independent National Electoral Commission (INEC) saw Nnaji as a sole cleared aspirant of the party on Thursday.

In his acceptance speech, the APC governorship candidate appreciated the party delegates for their support and promised not to disappoint them.

Nnaji, who hails from Nkanu West Local Government Area, said if voted in, his government would work towards turning around for better, “the decaying infrastructure in the state, which the PDP had supervised in the last 23 years.”

According to him, the administration will work with the people in finding solutions to issues and challenges facing the state, including security and water.

Uche Nnaji also stressed that all indigenes and other residents in the state would be stakeholders in his administration.

Meanwhile, Borno State Governor, Babagana Zulum has been announced as the winner of the APC governorship primaries ahead of the forthcoming general elections in 2023.