Four dead bodies have been recovered from the scene of an explosion that occurred along Aba Road by Court Road, close to one Winners School Academy in Sabon Gari area of Kano State. 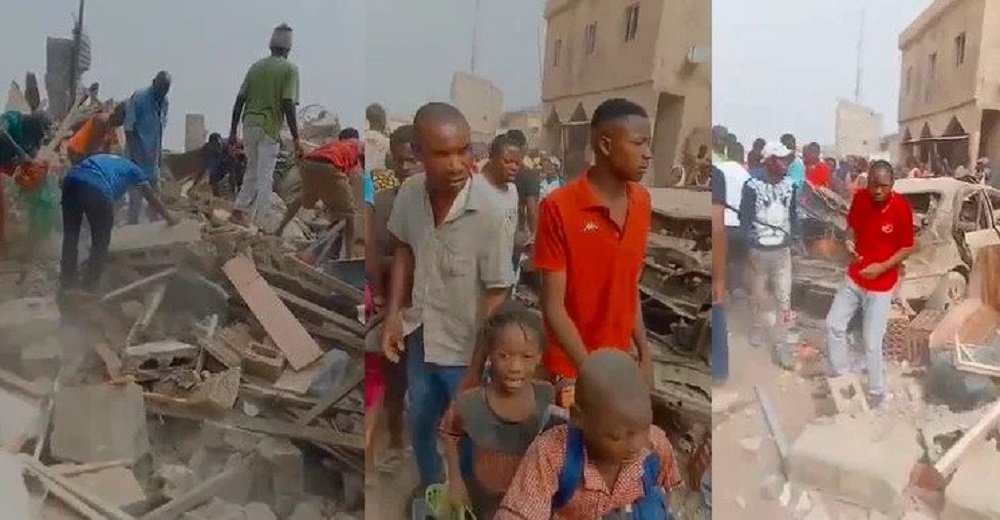 KanyiDaily had reported that many schoolchildren were feared dead on Tuesday morning when an explosion occurred around 9:30 near a private secondary school, Winners School, destroying a residential building and affecting part of the school.

Speaking with Vanguard, an eyewitness said that they saw when a male suicide bomber detonated an explosive on the street and the explosion affected the building adjacent to the school.

While the extent of damage is yet to be ascertained, four bodies had been recovered from rubbles of the affected building at the time of filing this report.

The entire place has been cordoned off by security agencies including Army, police, and NSCDC. The National Emergency Management Agency (NEMA) and Fire service operatives were also on the ground trying to rescue victims of the explosion.

READ:  Nigerian Lady Dies After Her Madam Pushed Her Off 6th Floor In Dubai [Video]

The Commissioner for Information, Malam Muhammad Garba, in a statement on Tuesday, said the cause of the explosion had not been determined, adding that an investigation has since commenced to determine the cause, impact, and measures to be taken.

Garba said, “The incident happened at an animal feed store opposite the school along Aba Road, Sabon Gari area of Fagge local government.

“While the cause of the explosion and the damage it had done is yet to be officially ascertained, investigation has since commenced to determine the cause, impact and measures to be taken.”

Garba called on the people in the state, particularly those living in the area where the incident occurred to remain calm, while the government in collaboration with relevant agencies are working on the matter.

He further assured that the public will be kept abreast with any development, calling on people to desist from spreading unsubstantiated news.

Breaking News: There have been a bomb explosion in Aba road area of Sabon Gari in Kano State pic.twitter.com/o8447LusOb

A suicide bomber just attacked a primary school in ABA road by court road in Sabon gari Kano just this morning. A lot of children are dead.@AfamDeluxo @cchukudebelu @SavvyRinu pic.twitter.com/KSnRSYpkrK

This comes a few weeks after over 100 people were burnt to death following an explosion that rocked an illegal oil refining site in Ohaji/Egbema area of Imo state. 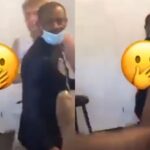