Kano State Police Command has confirmed that four people were killed in an explosion that occurred along Aba Road by Court Road, close to one Winners School Academy in Sabon Gari area. 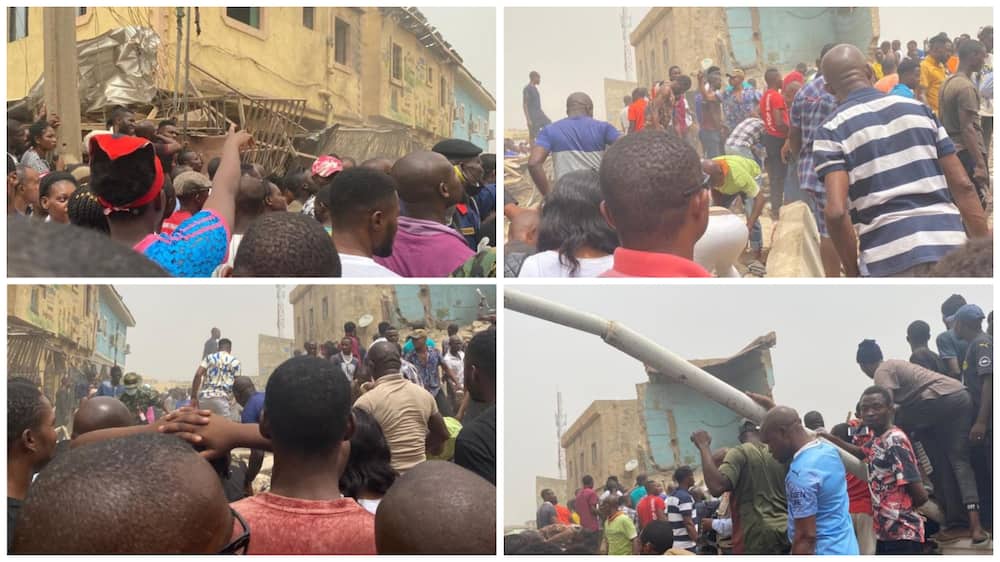 KanyiDaily had reported that many schoolchildren were feared dead on Tuesday morning when an explosion occurred around 9:30 near a private secondary school, Winners School, destroying a residential building and affecting part of the school.

An eyewitness had revealed that they saw when a male suicide bomber detonated an explosive on the street and the explosion affected the building adjacent to the school.

However, Kano Commissioner of Police, Sama’ila Shu’aibu Dikko, has debunked the report, saying that the incident was caused by a gas explosion, not a bomb.

Dikko stated that four people have so far been discovered dead while security personnel are trying to find the remaining victims of the incident.

He said, “It is not bomb explosion; it’s a gas cylinder. There’s a gas welder here and he was the first victim of the situation.”

“As at now, one female and three males have been killed. All the security agencies are here. The Civil Defence, Brigade commander, Air force, myself and the director, DSS, are all on ground.

“We will extend our investigation and at the end of the day we will come out with exactly what happened.”

This comes a few weeks after over 100 people were burnt to death following an explosion that rocked an illegal oil refining site in Ohaji/Egbema area of Imo state.

READ:  Father Of Four Killed While Fighting Another Man Over A Woman With Four Children Of Two Other Men

10-Year-Old Girl Dies After Allegedly Being [email protected] By Her Madam’s Husband In Lagos; Suspect Flees