It was gathered that Eze Aloysius Igwe was abducted by the armed men on Tuesday evening in his community, precisely at the Nkwo-Umuezeala market square.

A source from the area said that the incident occurred at about 8.20 pm when the monarch went out to pick his wife from a meeting around the area she attended.

But while waiting for his wife, the source said his abductors came in a small bus and double-crossed his vehicle, and whisked him away in his vehicle.

When contacted, the Police Public Relations Officer (PPRO), Michael Abattam, said he was yet to be briefed on the incident.

READ:  Many Nigerian Soldiers Feared Killed As Bandits Attacks Military Base In Katsina 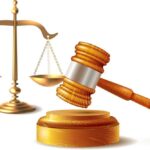