Nigerians have taken to social media to call for the release of an badan-based broadcaster, Oriyomi Hamzat, who owns Agidigbo FM. 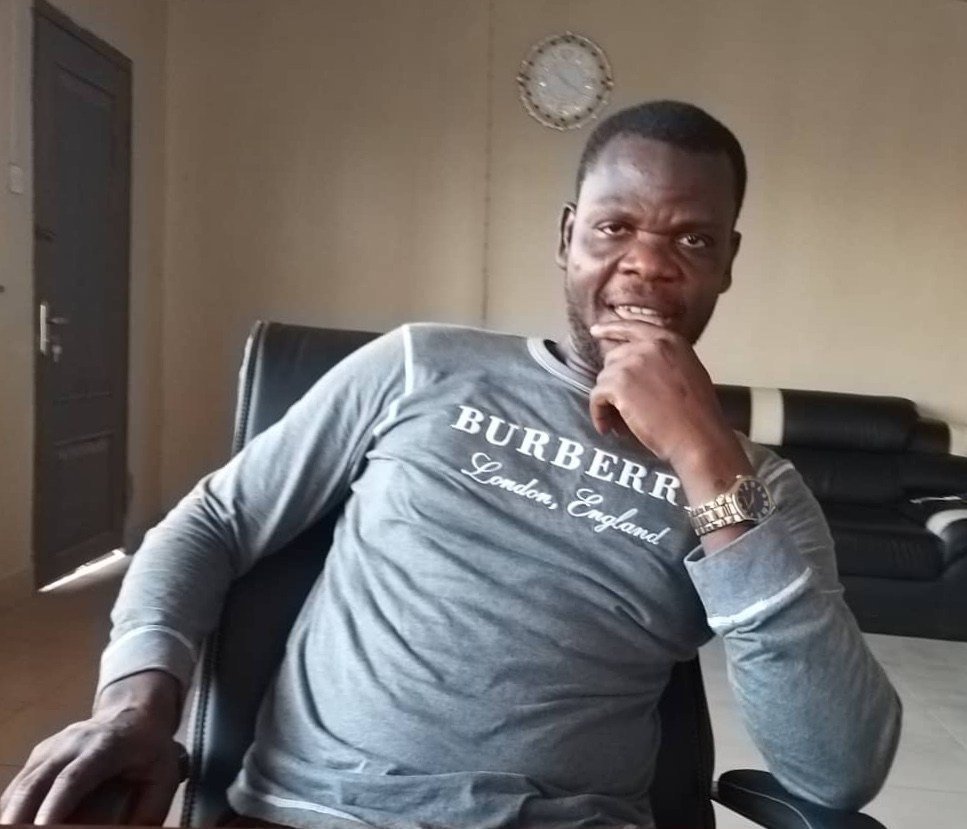 It was gathered that Hamzat was arrested by the Federal Intelligence Bureau of the Nigeria Police Force on Thursday morning in Ibadan, the Oyo State capital.

Although the reason for his arrest has not been disclosed, sources said that it may not be unconnected with his role in the ongoing case of the murder of late Timothy Adegoke.

Hamzat had been calling for justice over the death of Timothy Adegoke who was until his death a Master’s student at Obafemi Awolowo University, Ile-Ife.

Adegoke was allegedly killed in a hotel owned by Chief Rahmon Adedoyin, who is standing trial with his staff over the death of the deceased.

It was gathered that Adedoyin petitioned the Deputy Inspector-General of Police, alleging defamation, false alarm, incitement and unlawful interference with the police investigation and judicial proceedings.

Adedoyin in his letter through his lawyer, Ahmed Aderoju, complained of criminal defamation, false alarm, incitement, false publication, cyberstalking and criminal threat against him by the founder of Agidigbo FM, Hamzat, and others including Babagbade Imo, Woibile and IJKFMB Music yard.

Meanwhile, Nigerians have taken to social media to demand his release from police custody.

His last words to me before being arrested by the FIB were, "This is not new. You know it has happened before. Make sure you don't keep silent. Let Nigerians know about this. Hopefully, they'll heed your call. I SHOULD be back soon".

Protest in Ibadan by market women and fans of Alh. Oriyomi Hamzat#freeoriyomihamzat pic.twitter.com/pYIuh4xF3g

Oriyomihamzat speaks from FIB custody, he was said to have been arrested today as regards to his interest in the ongoing case against Adedoyin.#freeoriyomihamzat#journalistAreNoLongerSafeInNigeria pic.twitter.com/3PrL54PZHq

The CEO @agidigbo887fm, Oriyomi Hamzat has been arrested by the FIB and taken away to Abuja this morning.
His offense is his repeated calls for due diligence in the trial of Rahman Adedoyin over the mysterious death of OAU student, Timothy Adegoke.#FreeOriyomiHamzat pic.twitter.com/npSNgvTwGF

It’s no crime to speak truth to power. The criminal in this case is yet to be arrested. The one calling out for justice is arrested. Nigeria 🇳🇬 is truly a zoo.

My sincere apologies to those I fought for calling Nigeria a zoo.#FreeOriyomiHamzat pic.twitter.com/bmyskM8Qdd

Governor @seyiamakinde, I know that you are a good governor who listen to the masses, I am not challenging you based on any infrastructures but to safe my mentor. If this is only thing you can do for me as a citizen of oyo state. Please do so. #FreeOriyomiHamzat @Agidigbo887FM pic.twitter.com/aaMeDAC87w

Oriyomi Hamzat has been arrested by FIB Abuja because of his intervention on Adegoke Timothy's case, the OAU student that was murdered in Adedoyin's hotel
🤦🤦🤦#freeOriyomiHamzat pic.twitter.com/coBKtdEaqW

KanyiDaily had reported that Rahmon Adedoyin, and his staff are still standing trial over the death of Timothy Adegoke.

READ:  Over 10 Dead, 17 Rescused And Others Missing After Boat Carrying 35 Passengers Capsized In Port Harcourt