Tragedy has struck in Akwa Ibom State as a young lady identified as Iniobiong Umoren, who was out looking for a job in Uyo, had her life cut short by one Uduak Frank Akpan. 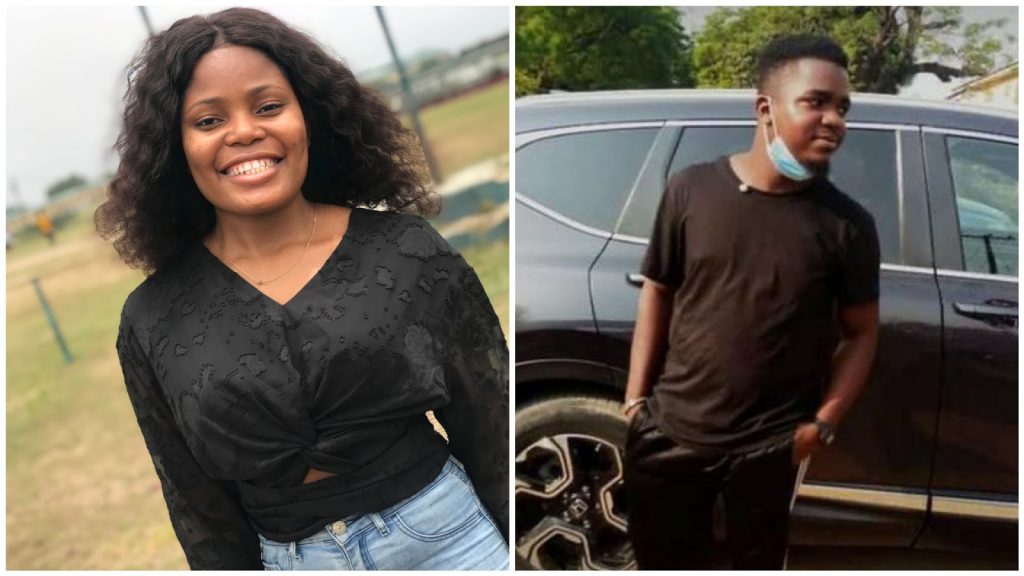 It was learnt that the job seeker was raped, killed and buried in a shallow grave by the man who invited her for a job interview last week.

Umoren, a graduate of the University of Uyo, Akwa Ibom, had last Tuesday indicated that she was looking for a job on Twitter.

#AkwaIbomTwitter please I'm really in need of a job, something to do to keep mind and soul together while contributing dutifully to the organisation. My location is Uyo, I'm creative, really good in thinking ctitically and most importantly a fast learner. CV available on request.

READ:  Rema Gains Admission Into UNILAG After His Mum Advised Him To Get A Degree

On Thursday April 29, 2021, it was gathered that she was invited for a job interview by a man who contacted her on Twitter at an undisclosed location along airport road in Uyo.

Umoren’s friend, Uduak Umoh, who disclosed this on her Twitter page, said the deceased made a frantic phone call where she was heard screaming before the call was ended in a sudden manner. Her phone remains switched off since then.

“Y’all my friend @HinyHumoren is in trouble and she needs our help. I’m currently in Lagos and I can’t help than to put this out there. Earlier today she told me she was going for a job interview at airport road which is quite far from her house,” she tweeted.

“To cut everything short, she sent me a 1sec audio record on WhatsApp and I had to call her back to know if she wanted to say something to me, but immediately I called her I heard her screaming. Someone, please help her out.”

READ:  Two Young Men Sentenced To Prison For Stealing A Goat To Roast Because Of Hunger

To cut everything short, she sent me a 1sec audio record on WhatsApp and I had to call her back to know if she wanted to say something to me but immediately I called her I heard her screaming.😭😭😭😭😭😭😭
Someone, please help her out

As the story went viral on social media soon after she made the call, Nigerians were able to unmask her abductor with hope that the intelligence provided will help in finding the missing lady and bring her abductor to justice.

It was learnt that Uduak Frank Akpan had invited Umoren for the job interview at his residence where an argument ensured and he hit her head with an object, resulting to her death.

Before her death, it was also gathered that the victim was allegedly raped and murdered by her abductor who later buried her in a shallow grave.

Umoh also confirmed that her friend was raped and killed on Sunday morning while the suspect has been arrested by the police after he confessed his atrocity to his Local Government Chairman before he fled to Calabar ober fear of apprehension.

They raped and killed my friend 😭💔💔

@PoliceNG in charge of the case at ikot Akpan abia is asking everyone to go home without giving us her corpse. That they will tell the brother to come later. What on earth is going on.@PoliceNG

“Following available leads, men of the Anti-Kidnapping Squad of the Command, led by CSP Inengiye Igose, consolidated on the initial great progress made by the DPO Uruan, SP Samuel Ezeugo and arrested the perpetrator who confessed to have lured his victim to his house in the guise of giving her a job, but ended up sexually and physically assaulting her which led to her death.

READ:  Nigerian Lady Shocked With Content Of Her Piggy Bank Savings Of Over One Year [Photos]

“To cover his tracks, he dragged and buried her in a shallow grave in his father’s compound. The deceased has been exhumed and deposited at UUTH (University of Uyo Teaching Hospital) for autopsy.

“The suspect confessed to have told his local government chairman of his atrocity before escaping to Calabar and was never at any time handed over to the Police by anyone.

“Suspect is a confessed serial rapist who has owned up to the raping of other victims. He will be charged to court at the conclusion of investigation.”