Controversial Nollywood actress, Tonto Dikeh recently replied to a fan who tried to advise her on steps to get a responsible man who will marry her again. 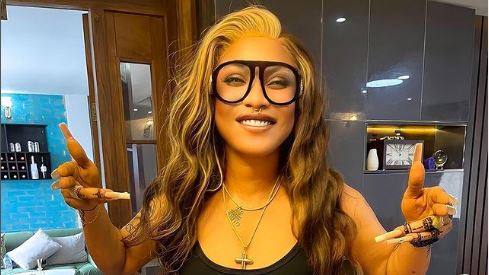 Tonto Dikeh as we all know parted ways with her estranged husband, Olakunle Churchill in 2017 after a series of messy social media dramas, while Churchill later settled down with actress, Rosy Meurer, Tonto Dikeh is yet to find love again.

A fan in the face of this reality took to the comment section to ask the mother of one if she doesn’t want to marry again while stating that her frequent dramas online will not attract any responsible man.

Replying to her, Tonto Dikeh affirmed that she is not in search of a man anymore. She added that the goal is to get richer each day and pay men for their services when needed.

“Don’t you want to marry? All this your drama here and there will not attract a responsible man,” the IG user wrote.

“My sister, some of us aren’t looking for men again. We just want to be richer each day. We can pay these men for their services when we need them” 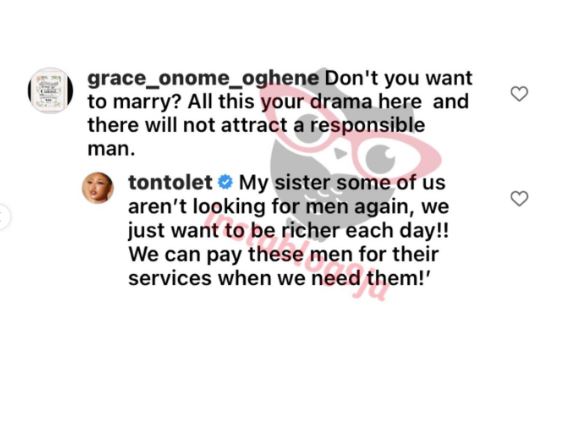 Meanwhile, Davido took to social media to express displeasure after a show promoter denied him full payment before he performed in Italy recently.

Related Topics:celebritiesEntertainmentgistRichtonto dikeh
Up Next