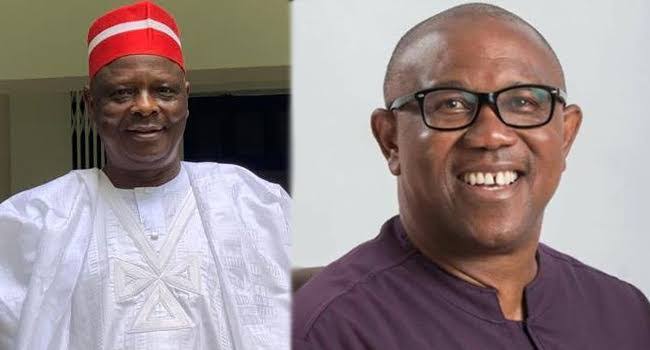 The party stated this while reacting to reports making the rounds on social media that Kwankwaso had accepted to be vice-presidential candidate to Obi.

The rumours emerged after Kwankwaso confirmed that he is discussing with Obi to form a possible coalition for the 2023 general election.

Major, who described the report as “misleading and embarrassing”, argued that Kwankwaso has millions of supporters ready to elect him as president of Nigeria, adding promptly that it is an insult to suggest anything different.

The statement reads: “The attention of the New Nigeria People’s Party (NNPP) has been drawn to a Daily Trust report titled, “NNPP-LP alliance: ‘Kwankwaso can deputise Obi’”, published on Sunday, June 19, 2022, and dismisses it as false and figment of the reporter’s imagination.

“NNPP has never at any time said its esteemed Presidential Candidate, His Excellency, Dr Rabiu Musa Kwankwaso, could accept to be Labour Party, Peter Obi’s deputy. The report is misleading and embarrassing to our great party, its Presidential Candidate, Kwankwaso and millions of supporters in Nigeria and in the diaspora, and we urge journalists to crosscheck their reports before publishing them to avoid national disaffection ahead of the crucial 2023 general election.

“As a mass movement, NNPP acknowledged alliance talks with Labour Party that would consolidate and boost the nation’s frail democracy as we collectively strive for a new Nigeria which the party champions.

“The NNPP has high regard for journalists as the watchdog of the nation and major stakeholders in Nigeria’s democratic process and urges them to always crosscheck their reports before publishing them in tandem with the ethics of their profession. Together, we shall build a strong, virile, progressive and egalitarian democratic society.”

This comes a few weeks after Rabiu Kwankwaso revealed that Peter Obi could have been his running mate if had joined the NNPP instead of the Labour Party.

2023: I Turned To God In Prayers When I Knew APC Ganged-Up Against Me – Tinubu