The General Overseer of the Redeemed Christian Church of God (RCCG), Pastor Enoch Adeboye has condemned the killing of worshippers at St Francis Catholic Church in Owo, Ondo State. Reacting on his Facebook page on Tuesday, Pastor Adeboye expressed sadness over the attack, stressing that he is unable to grasp the evil that motivates one human being to deliberately take the life of another.

The cleric, who also shared an image of himself with a text – Jesus, said he knows a name that can change Nigeria for Good.

READ:  "Oshiomhole Should Not Destroy What Others Had Laboured To Build" - Former APC Chairman

He wrote, “My heart goes out to everyone who has suffered from this gruesome attack. I am unable to grasp the evil that motivates one human being to deliberately take the life of another.

“Every soul counts before God, and I know that He is greatly displeased with this wickedness. I pray that God comforts the loved ones of the departed, and the people of Ondo at large.

May we never have cause to send such greetings again. And may Nigeria never know such bloodshed again”.

Meanwhile, Yoruba Nation agitator, Sunday Adeyemo, popularly known as Sunday Ighoho, has called on Yoruba people to unite in the fight against “these wicked acts before it’s too late”. 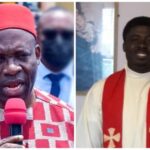 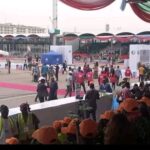