The National Executive Council of the Colleges of Education Academic Staff Union (COEASU) has embarked on a one-month strike starting today. 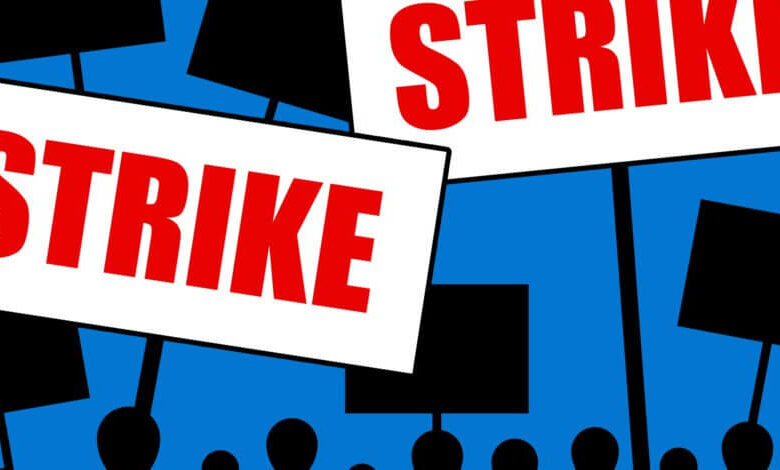 Olugbeko said the resolution was reached at the end of its national executive council (NEC) meeting held at the Federal College of Education (Technical), Asaba, Delta state.

He disclosed that the meeting was called to assess the level of responsible action by the federal government and the way forward upon the lapse of the 21-day ultimatum issued by the union on the lingering issues.

The union’s demands include non-commencement of renegotiation of FGN-COEASU 2010 agreement, non-release of N15 billion, and N18 billion revitalisation fund.

READ:  "God Crushed APC And All Its Federal Might" – Governor Udom Of Akwa Ibom Reacts To His Victory

Others are non–implementation of 2014 needs assessment report, payment of promotion arrears, and payment of allowance to librarians.

Also included are the issues of poor funding across state-owned Colleges of Education and the University Transparency and Accountability Solution (UTAS).

The statement partly reads, “The total strike action suspended by the Union in December 2018 will be resumed immediately for four weeks in the first instance. NEC shall reconvene after the four weeks of strike action to re-assess the level of the Government’s commitment on the issues for an appropriate decision on the way forward thenceforth.

“Every Chapter Congress across the federation should convene on Tuesday, June 14, 2022, to adequately inform the Congress of the commencement of the strike action due to the festering issues and the status of inaction leading to the industrial action.

“Leadership of the Union at all levels (National, Zonal and Chapter) should embark on an emphatic media campaign towards seamless public awareness on the issues leading to the strike action.

“The strike action shall be total and all members of the academic staff in all Colleges of Education (both Federal and State) must withdraw from all statutory duties without exemption.

“All State-owned Colleges already on industrial action to press home local demands should impress on their respective Managements that the local strike shall continue in the unexpected event that their local issues remain unresolved by the end of the nationwide strike.

“Vice Presidents/Zonal Coordinators shall monitor the compliance of Chapters in their respective Zones while defaulting Chapters shall be prevented from enjoying the gains of the struggle and earn themselves other sanctions as NEC shall deem applicable based on normal Union regulations pertaining to Collective Bargaining.”

KanyiDaily recalls that the Academic Staff Union of Universities (ASUU) has also embarked on a warning strike since February 14, over the failure of the federal government to meet its demands.