Delta State University (DELSU) at Abraka has withdrawn from the ongoing warning strike which was recently extended to two months by the Academic Staff Union of Universities (ASUU). 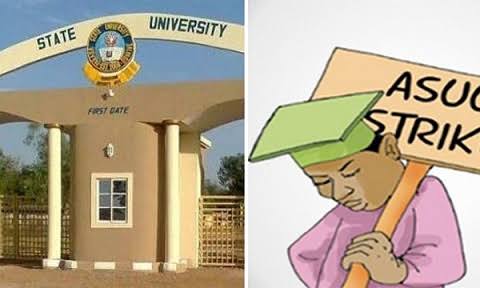 KanyiDaily recalls that ASUU had embarked on a one-month warning strike on February 14, over the failure of the federal government to meet its demands.

In a circular issued by DELSU Public Relations Officer, Eddy Agbure, on Wednesday, March 16, the institution directed its workers and students to immediately return to campus for full academic activities.

The circular, titled ‘Resumption of Studies’, said the decision arose from an extensive deliberation by the university’s Senate during its 183rd regular meeting.

It reads: “That the university’s approved academic calendar would be followed strictly.

“That all undergraduate and postgraduate students are to return to campus immediately and commence lectures and that Faculties and Departments should ensure that academic activities commence fully.

“Consequently, all students are expected to return to campus and commence academic activities with immediate effect.” 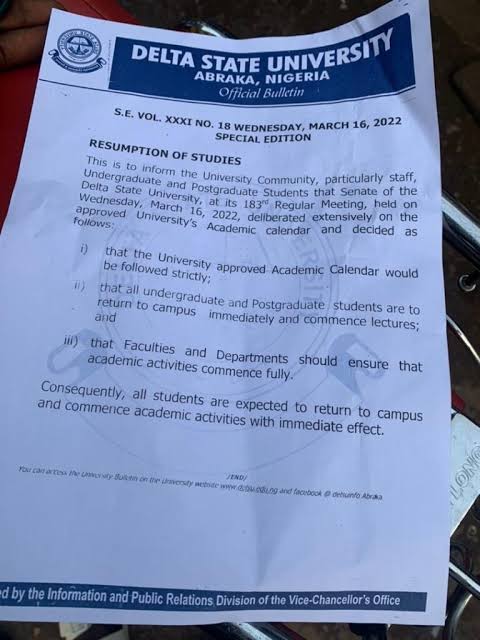 KanyiDaily recalls that the Minister of Labour, Chris Ngige had claimed that the Federal Government lacked the money (N1.1 trillion) to meet  ASUU’s demand. 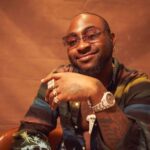 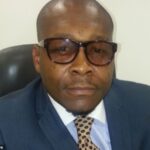