The Minister of Labour, Chris Ngige said the federal government does not have N1.1trillion to meet the demands of the Academic Staff Union of Universities (ASUU). 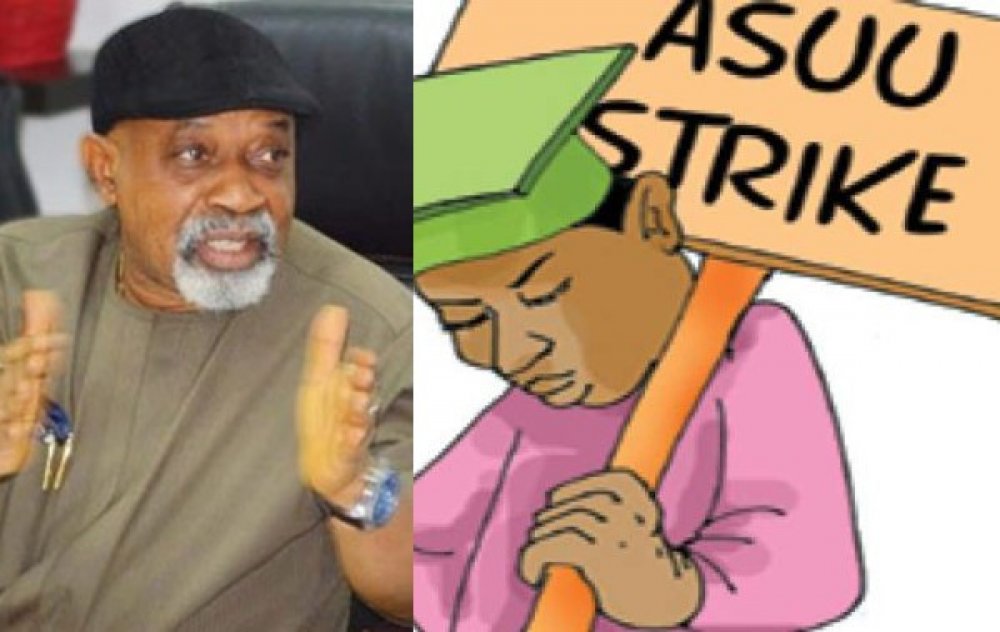 During an interview with Channels Television on Thursday, March 3, Ngige said that the former President, Goodluck Jonathan had agreed to pay the N1.3 trillion revitalization fund that was promised to ASUU by the previous administration when the country’s finances were stable.

The Minister said that following the emergence of President Muhammadu Buhari in 2025, the current administration had informed ASUU that the government doesn’t have the N1.1 trillion that is remaining to honour the previous revitalization fund agreement.

Ngige said that the federal government promised to explore other options to fund universities, as he appealed to the ASUU to be realistic and understand the current financial capability of the current administration.

He said, “Government is a continuum. The N1.3 trillion you are talking about was promised by the Jonathan government. Oil was selling about $100 to $120 per barrel then and the revenue of the federation was rich.

“The agreement says that ‘government is unable to pay this but to show commitment to the intentions of the revitalisation for which this N1.3 trillion was promised’.

“Mind you, it was promised by that administration and they promised to kickstart the payment — and they paid N200 billion which they borrowed from TETFund. They did not take it from the federation account. That payment spiralled even into 2016 — to our regime.

“Government said we don’t have the money to pay for it — this was the agreement in 2016 to 2017 — but we will find a way by which we can fund the universities and revitalise infrastructure.

READ:  PDP Threatens To Expose Obasanjo In 48 Hours Over His Comment Against Atiku

“A committee was set up with ASUU as members. Government said ‘we are going to drop N25 billion for you to show you in good faith that we are not talking nonsense.’

“That one was dropped. Again, another money was paid last year because the committee couldn’t come up with anything that will generate funds. Government made it clear that we don’t have N1.1 trillion that is remaining.

“We don’t have it. It is in the agreement. The government did not say we are going to pay N1.1 trillion that is remaining. They said we don’t have this money and under the principle of capacity and ability to pay, let us renegotiate it because TETFund is still there.

“Unless you want us to take money from TETFund and deceive you like it was done in that period.”

KanyiDaily had recently reported how the Minister of Education, Adamu Adamu walked out on students of tertiary institutions who met him due to the incessant strikes by the ASUU.