Comrade Deji Adeyanju made headlines early Wednesday morning after he announced his resignation from a popular Civil Society Organization(CSO), “Our Mumu Don Do” accusing its leader, Charlyboy Oputa of betraying the group and ‘partnering with the Oppressors’.

The ‘Our Mumu Don Do’ movement was started by entertainer and socialite, Charles Oputa a.k.a Charlyboy two years ago alongside Deji Adeyanju, a popular activist. The group was known for speaking against injustice, political oppression and supporting Press freedom.

Trouble started for the group after Adeyanju was charged to court by the Nigerian government and subsequently remanded in prison custody on allegations of murder for a period of two months, shortly before the just concluded 2019 General Elections.

While Adeyanju was away, the group’s activities noticeably slowed down to almost a point of inexistence. Also, Charly boy was reportedly not actively campaigning for his partner’s release on the ground and on social media. This raised a lot of questions as to what was truly going on behind closed doors.

With Wednesday morning’s announcement, the general suspicion was finally confirmed. Adeyanju claims Oputa betrayed the cause of the group. Further Checks reveal that the problems within the group may be deeper than publicized.

A source privy to details surrounding the rift revealed that Charly boy allegedly collected funds from certain interests within the ruling All Progressives Congress (APC) to attack the presidential candidate of the Peoples Democratic Party (PDP).

The audio tape was published by Sahara Reporters on Wednesday night. The tape is reportedly a recent conversation between Adeyanju and charly Boy. Charly Boy admitted to soliciting support from Keyamo. Below is a transcript of the conversation;

ADEYANJU: You were seeing Keyamo, You collected money from Keyamo and did a video for APC with Keyamo…that Keyamo told him that you gave him money…

CHARLY BOY: Ehnn, that thing they said about Festus is a ‘very big truth’ but it’s not like that. Festus came here after we talked about your problem and I said: “Festus Do you believe in what I am doing..he said yes. So because you don go follow these people, you no fit ‘support’ me?

At this point, Deji gets up…..

ADEYANJU: But that is not what Festus is going about telling people and they mentioned the people he is talking to…

CHARLY BOY: Wait..Wait..Wait Na….Anybody can say anything, e no concern me because if I carry that on my head, I won’t be here at this age. You suppose know na…

CHARLY BOY: You say you dey disappointed, the first day you got here, what did i tell you…no…no …sit down

ADEYANJU: No…Fada two things I’m after in this world, number 1: happiness, two: not to ever in my life offend any man so that I can meet my maker peacefully.

Listen To The Audo Tape Below: 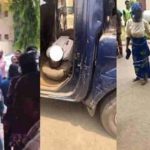 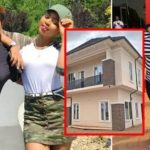