The Leader of the Nigerian Socio-Political Movement, #OurMumuDonDo, Charles Oputa a.k.a Charlyboy has denied collecting money from Festus Keyamo, the Spokesman for the President Muhammadu Buhari 2019 Campaign Organisation.

This is coming following outrage by the general public over an earlier confession that he collected money from Festus Keyamo to attack the presidential candidate of the Peoples Democratic Party (PDP), Atiku Abubakar.

In a new video published on Tuesday, Charly Boy refuted his earlier claim that he collected money in nine figures to release a diss song against Atiku.

He noted that the song in question was against both the All Progressives Congress (APC) and the PDP. And that his earlier claim was only to set up Deji Adeyanju, to know what the young man has in mind against him.

He added that he remains non-partisan, and was neither in support of any political party, as his yearnings were for the not-too-young-to –run mantra to strive.

“For someone to believe that I collected money in nine digits from a politician for a video clip is laughable, because even if I am Davido or Wizkid, who will pay me such amount.

“Some persons are bent on denting the brand that I have built over the years, but I am not deterred because the struggle for a better Nigeria must continue, and my mouth cannot be shut.” 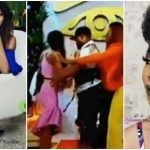 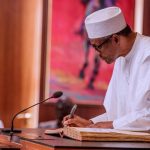