On Thursday, During an interview with Roots TV, Charly Boy said that Keyamo paid him “nine figures” to promote his song which was against Atiku, during the run-up to the country’s Presidential election, in February. Charlyboy said:

“When Festus Keyamo came to discuss Deji’s matter with me, he heard my new song where I was dissing Atiku, he paid for the song because he wanted to use my song. I don’t mind collecting money if you want to use my song, you pay for it.”

However, Keyamo has come out to deny paying a “penny” to Charly Boy for Atiku diss song.

The president’s spokesman admitted meeting Charly Boy but said everything that transpired between them was private and in furtherance of their relationship of over 25 years. He later tweeted:

“Whoever thinks that I would pay a penny for a song by Charly Boy that disses both the APC and PDP must have his/her head examined.”

The song in question is titled “Another Guy Man” by Charly Boy. The song describes both Buhari’s All Progressives Congress and the PDP together as two bad sides of the same coin apart from the unflattering lyrics about Atiku.

Watch the video of the song below: 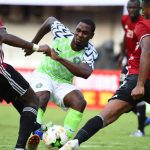 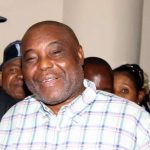