Nigerian Labour Congress (NLC) has issued a warning to the federal government over their silence on the proposed new minimum wage of N30,000.

In an interview with The Punch, NLC General Secretary, Mr. Peter Ozo-Eson, disclosed that members of the union are becoming restless with how the government is handling the issue of the proposed new minimum wage of N30,000, adding that it would not wait till eternity on the issue.

“The latest about the issue of the minimum wage is clear. We expect that since the Presidency had already received our report, the President should have drafted an executive bill to the National Assembly on it so that they can begin to legislate on it.

“That has not been done even though we expect that it should have been done already. We cannot continue to wait forever.”

He stressed that the union might meet again soon to review government position and take necessary action unless the government acts fast. Ozo-Eson added:

“The next step as I said is for the President to transmit a draft bill to the National Assembly. The FG’s delay on the issue is provocative, our members are becoming restless and the FG must act fast on our report.

“If the delay continues, our next step will be made public after we meet again to review the steps taken so far.” 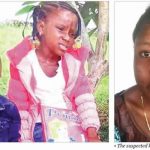 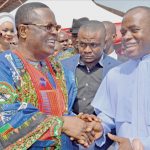