The Nigeria Labour Congress (NLC) has condemned threat by the Nigeria Governors Forum (NGF), to sack workers over the new national minimum wage of N30,000.

The President of Nigeria Labour Congress (NLC), Mr.Ayuba Wabba issued a statement on Thursday 15 November 2018, in Abuja. He reacted to the threat made by Governors to sack workers over the new national minimum wage of N30, 000.

According to Wabba, the process of negotiation by the tripartite social partners for a new wage has ended and a new National Minimum Wage of N30,000 agreed upon by the government, labour and employers in the private sector, adding that the threat to sack workers is not new in the struggle for review of national minimum wage.

“Therefore, the current one by the governor of Zamfara cannot be used to intimidate labour.

“The consequences of workers retrenchment are too grievous for any political office holder truly elected by the people to contemplate.

“We urge such elected public officials to subject their humongous salaries and allowances, reputed to be among the highest in the world to public perusal.

“Pro rata with the minimum wage they want to force down the throats of Nigerian workers, ‘’he said.

Wabba urged each of the state governors to go to their respective state and inform workers on their individual position on the new national minimum wage of N30,000.

The NLC president further urged workers to remain steadfast and firm on their rights to decent wages and improved living conditions. He said:

“To the oppressors, we have only one answer for you, we will never sleep on our rights.

“We hereby reiterate our directive to Nigerian workers to vote out any politician or political party that refuses to pay the new national minimum wage of N30, 000.

“We shall continue to consolidate our efforts to strengthen already existing platforms and structures to give teeth to our resolve to vote out anti-labour governors and politicians in the forthcoming 2019 general election.‘’

He called on President Muhammadu Buhari to speedily present to the National Assembly the bill on the National Minimum Wage for appropriate amendment and implementation.

“It would interest Nigerians to know that the new national minimum wage of N30,000 was a product of intense and robust negotiations at the National Minimum Wage Tripartite Negotiation Committee that lasted for one year.

“At the National Minimum Wage Tripartite Negotiation Committee, state governments were represented by six states, one state from each of the six geo-political zones.” 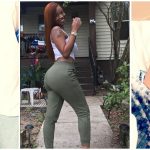 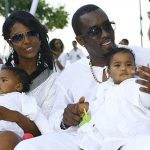