The Nigerian Labour Congress (NLC) has said they will oppose any move by President Muhammadu Buhari to tamper with legitimately earned salaries of workers in the pretense of implementing the new minimum wage.

During the inauguration of a technical advisory committee for the implementation of the new national minimum wage at the Presidential Villa, Abuja, President Buhari has earlier announced that workers who presently earn N30,000, would also have their salaries reviewed in accordance with the new minimum wage. According to him:

“The last time Nigeria’s national minimum wage was reviewed was in 2011. It is therefore evident that a review is necessary, despite the prevailing fiscal challenges. This is why I constituted the Tripartite Committee of Government, Organized Private Sector and Labour to consider the National Minimum Wage and make recommendations to Government for its upward review.

“That Committee has since submitted its report with some recommendations. We are currently working on the final steps that will lead to the submission of a National Minimum Wage Amendment Bill to the National Assembly.

“I want to make it clear that there is no question about whether the National Minimum Wage will be reviewed upwards. I am committed to a review of the Minimum Wage.

In reaction, while speaking The Nation, the NLC President, Ayuba Wabba rejected Buhari’s proposition, saying that there was no basis for such move. He said:

“That is not the principle behind the minimum wage and the technical committee is simply a government committee. It is their internal mechanism. I am not so sure that minimum wage is about reducing workers’ wages.

“If they have earned their salaries legitimately, there is no way the minimum wage can reduce it. In fact, the minimum wage is about empowering workers and improving on what they collect. I don’t think that decision is right because every salary a worker earns is legitimately negotiated on the table.

“I think what they need to do is to reduce salaries of political office holders, those that are collecting salaries that are not appropriated or salaries that are humongous. We know the wastages are the security votes and the high cost of governance.” 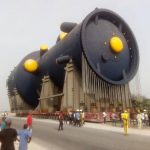 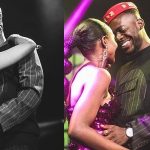