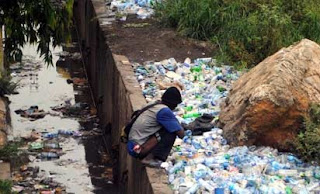 The UNICEF says an estimated 33 million Nigerians still practice open defecation in different parts of the country.
Dr Suomi Sakai, UNICEF’s Country Representative and Chief Ambassador, said this at the commemoration of the World Sanitation Day on Tuesday in Abuja.

“The most worrisome of all the unsanitary practices is the high rate of open defecation practice in the country.
“It is estimated that about 33 million Nigerians defecate in the open, depositing about 1.7m tonnes of faeces into the environment annually,’’ she said.

Sakai said that the development had resulted in a high level of contamination of the environment in which garbage and faeces often find their way into water resources.
She stressed the need for awareness creation among the populace and the imperative of imbibing sanitary practices for improved health and socio-economic well-being of the citizenry.