According to The Nation, the armed robbers invaded the bank around 3:50 pm on Thursday and started shooting indiscriminately to scare residents and invade the banks.

Osun police spokesperson, SP Yemisi Opalola, who confirmed the incident, said; “we are aware and we have deployed our men to the scene.”

KanyiDaily had also reported how four persons, including 2 policemen were killed during a robbery attack in two banks in Ile Oluji/Oke-Igbo Local Government Area of Ondo. 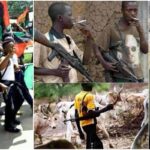 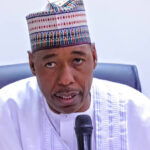