Menu
A woman on Facebook has shared how her husband turned from the loving man she knew to a total stranger after they got married. Read below.

Got married to my husband three years ago and some months, but my three years of marital bliss is nothing but confusion.

I met him on Facebook in 2008 and we met in person late 2011 and we got married in February 2013, but the person I thought I knew was a total stranger.. After our marriage I got to know my hubby do bed wet, but I take it with a good fate and started praying along with him.

I gave birth to my son August 2013, after the birth of my son, my loving husband started his fornication in 3d without control, I pray I begged, and even fought with him to tell me what am doing wrong but all these led to him beating the hell out of me, leaving me with bruises…

In Dec 2014, I caught him with a secret phone with over 50 contact which is only female contact from Eskimi dating site and some other place…I was very hurt so will had a big fight over it, but later settled…

but after everything there is this particular lady that my hubby refused to let go, for the reason known to them, he flaunts their relationship in a coded way but I do find out…the problem now is any time I confront my hubby with this girl’s issue, he will deny it and even curse myself if he has anything to do with her..anytime we had any disagreement now first thing he says is I should leave him and go..

I’m really confused, is it man ego or there is no love left in my marriage?. This is the man I accepted in his darkest moment and I still keep my mouth shut about his bed wetting thingz..

Please note: we are still struggling to move forward, so money is not involved o…my son spent last term at home coz of money..

Please i need your advice….. 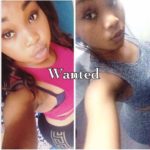 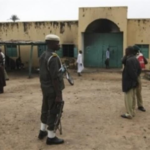