Search
Menu
Search
A guy on Facebook has put a Lady identified as Asuoden Hemaa Gingham on blast for allegedly having a foursome with 4 guys (Had sex with 4 guys) and infecting all of them with “Serious Gonorrhea”. 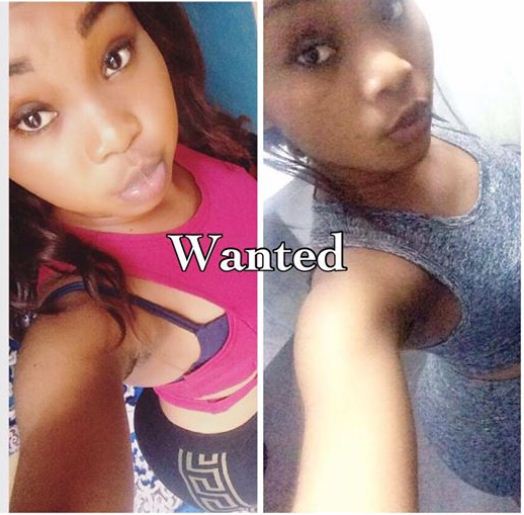 According to the dude,

..as if the parting gift wasn’t enough, the girl went ahead to steal their money, phones and laptop. Aunty Why!?

You know a girl or a woman is a person so damn weird at times, you will never understand them or know what the fuck is wrong with them, This useless criminal dirty hoe is Wanted, She slept with 4 guys that I know in my hood, (four-Some) and she ended up giving all of the 4 guys a serious Gonorrhea and stole 2 laptops, 1 iPhone with 1,000 ‪#‎GHC‬……Madam why?

Is your pussy not tired? Jumping from dick to dick and giving guys that serious Gonorrhea of yours don’t make you a big girl but rather a peace of shit in fact you are even a dirty bitch.

Deplomatic hoe without passport and If dicks could fly your mouth will be an airport, Instead of you treating your sickness and your smelly pussy Well you will be on Facebook live and be like Ask me anything and am ready to answer you!

Kwasia girl Na your mama and papa way go ask you anything Silly girl….You take pictures with celebrities so You claim you are a Bosschick, Big girl yet you have no house, no car, and no job.

You’re just an illiterate girl…..Get this shit straight in your head that a guy’s expensive car, money, clothes, his looks, etc will never love you. Do yourself a favor, know whats best for you, respect yourself, love yourself, get something better doing Madam, Even if its selling at least its good enough than sleeping with guys and giving them serious sickness, make your own money, buy your own car, have your dreams, be yourself and live your life. ‪#‎Bush‬ girl? 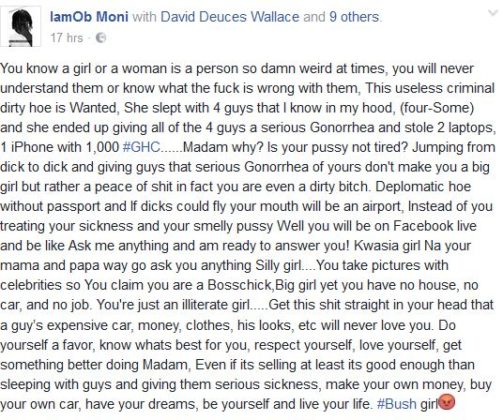 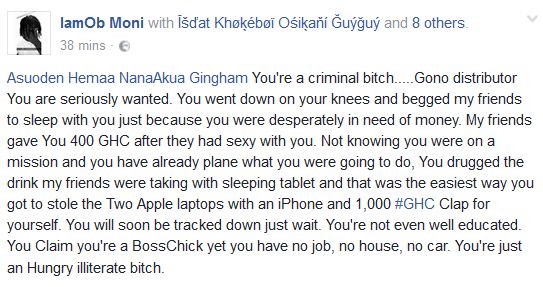 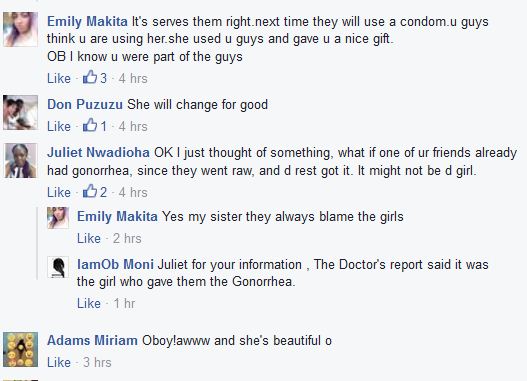 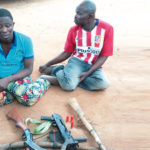 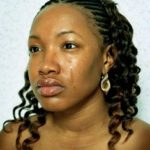