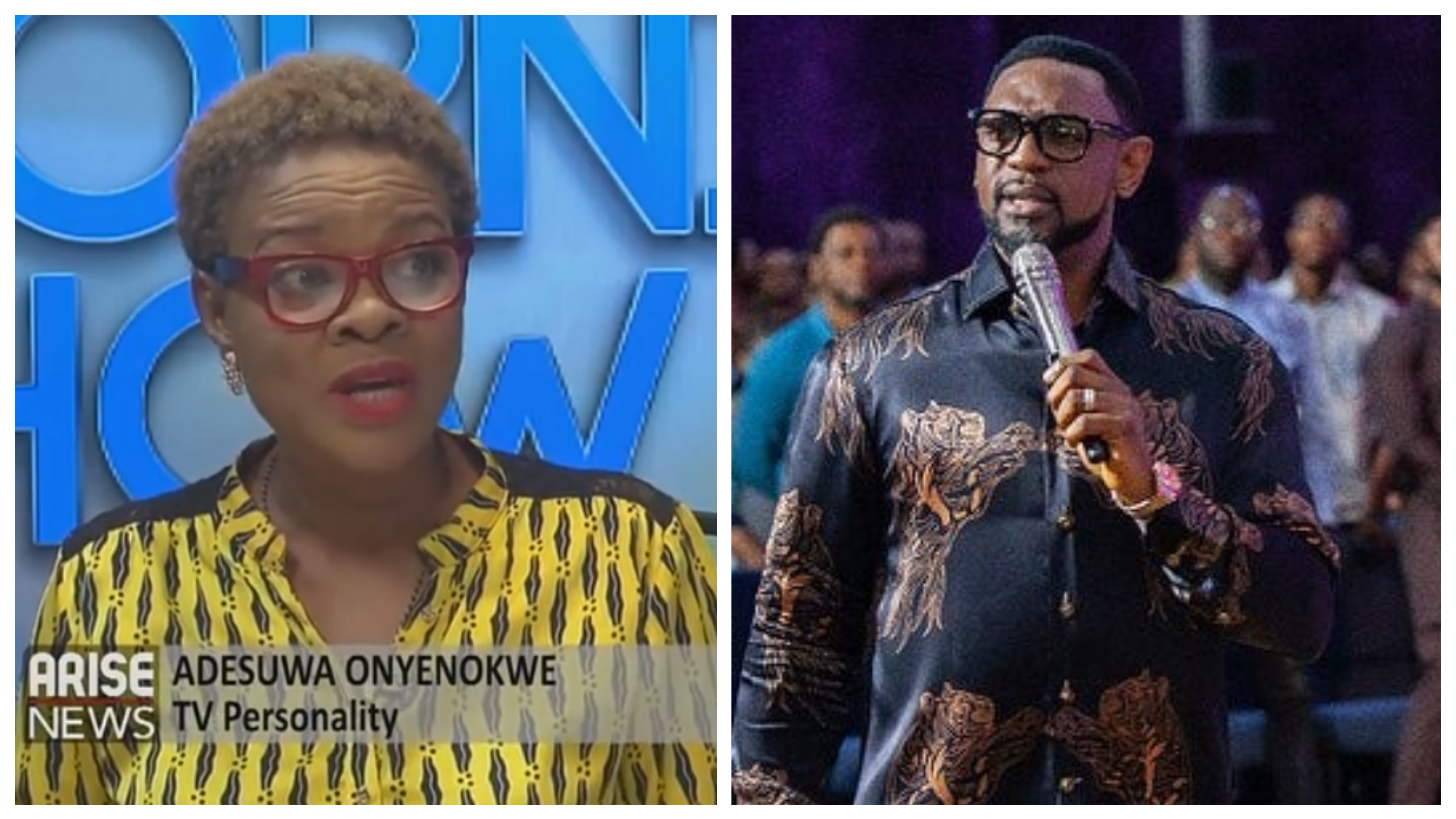 A Nigerian TV personality, Adesuwa Onyenokwe has claimed that she knows two more women, including a pregnant married woman, who alleged to have been molested by Pastor Biodun Fatoyinbo, the senior pastor of Commonwealth of Zion Assembly (COZA).

KanyiDaily recalls that some months back, Busola Dakolo, a celebrity photographer and wife of singer Timi Dakolo, had accused Pastor Fatoyinbo of raping her twice as a teenager while she was a choir in his church.

Adesuwa who appeared on Arise TV to speak on her special interviews on the rape allegations against Fatoyinbo, revealed that she knows more of the victims, claiming to have been molested by the pastor.

The TV personality claimed that she knows a woman who alleged that the pastor molested her while she was pregnant with her husband’s baby. She noted that the woman does not wish to reveal her identity because she does not want to destroy her marriage. Adesuwa said:

“There is a lot of cases we could have brought put when we found out. There is a woman who was pregnant for her husband at the time that this said Pastor did rape her.

“That woman is still married to her husband. Can she ever publicly come out and say this is what this man did to me? She can’t because first of all, most of the young girls he has done this to are married. How many men in Nigeria are like Timi Dakolo?

Adesuwa added that she spoke to Busola’s sisters who told her they feel guilty because they were the ones who took Busola to the church and made her become a member. The sisters told her that they trusted him so much and never believed he could do such a thing to their younger sister.

“I met her sisters. They feel so guilty. They say Busola was the most holy of all of them. They took her to that church. I asked her if the pastor kept asking to take your sister out, wouldn’t you stop or follow her? They trusted the pastor”

The media personality said from her investigations, Pastor Fatoyinbo may be ill and needs help.

Osinbajo Will Have The Last Laugh, Except He Has Violated His Oath – Pastor Bakare