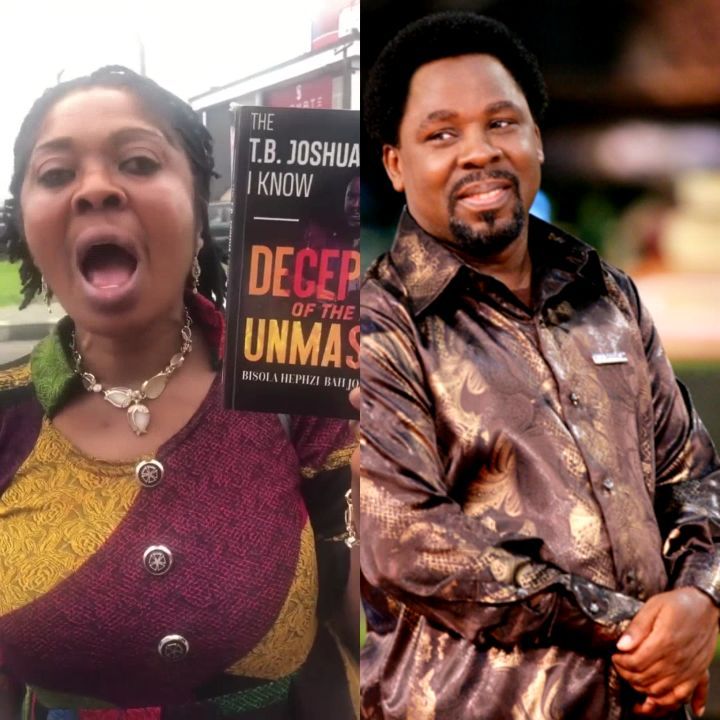 A trend of rape allegations has engulfed Nigeria as highly reputable pastors are virtually crash-landing, with others in suspense not knowing who the next casualty will be.

Founder and leader of the Commonwealth Of Zion Assembly (COZA), Pastor Biodun Fatoyinbo was compelled to step aside after a former member of his church, Busola Dakolo granted an interview in which she alleged that the man of God had raped her when she was 16 years old.

Her allegation triggered widespread condemnation across Nigeria, especially because two other women had made similar allegations against him.

Almost five days of protest amidst calls on him to step aside to allow for investigations into the allegations made him resign to on Monday, July 1.

Even before the dust settles on the scandal, a certain other Nigerian woman has been showcasing a book in which she claimed that founder and leader of The Synagogue Church of All Nations, TB Joshua raped her while in “captivity” in his church for 14 years before the Lord set her free. According to her:

“This is not the time for make up, this is the time to address. I am also talking on behalf of other young girls that are still in the captivity of TB Joshua. 8-years-old, 14-years-old and 11-years-old are still there.

“Yes, I can say it, because they have money, connections, they can put people down. Enough is enough, if he thinks I am lying, he can contest it in court.”

According to the woman, in her book titled ‘The TB Joshua I Know’, she has narrated all her torturous experiences with the revered man of God.

She is seen roaming in the streets, marketing her book, while calling for an uprising against sexual abuse.

Meanwhile, some people have expressed misgivings about the woman’s claims, wondering why she chose to remain silent until now.

Watch her in the video below:

“Stepping Down Is Not Enough, Surrender Yourself To Police Now” – Lawyers Tells Pastor Fatoyinbo