Festus Keyamo, the Director of Strategic Communications of President Muhammadu Buhari Campaign Organization thinks the presidential candidate of the Peoples Democratic Party (PDP), Atiku Abubakar, has no right to condemn the president over the fight against corruption.

The lawyer, in a statement released on Wednesday, December 26, 2018, while reacting to Atiku’s remark questioning Buhari’s strategy in fighting corruption, Kayamo said:

“Let us remind Alhaji Atiku Abubakar that he is one of the greatest beneficiaries of the failed system in tackling corruption that was in place before President Muhammadu Buhari took over in 2015.

“We know he is aware of this, hence his latest diatribe against President Muhammadu Buhari amounts to nothing but disgusting grandstanding and an attempt to mock the system.

“If the system in Nigeria was indeed working, Alhaji Atiku Abubakar would not have acquired substantial shares in INTELS in clear conflict of his duties as a Customs Officer whilst in office.

“Those shares would have belonged to the Nigerian people by now.”

He alleges Atiku acted like a corrupt official while in government with former President Olusegun Obasanjo.

According to Keyamo, the PDP candidate breaches the Code of Conduct for Public Officers when he is granted a licence to establish a university. 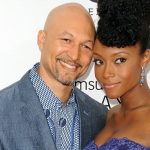 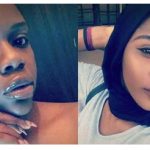