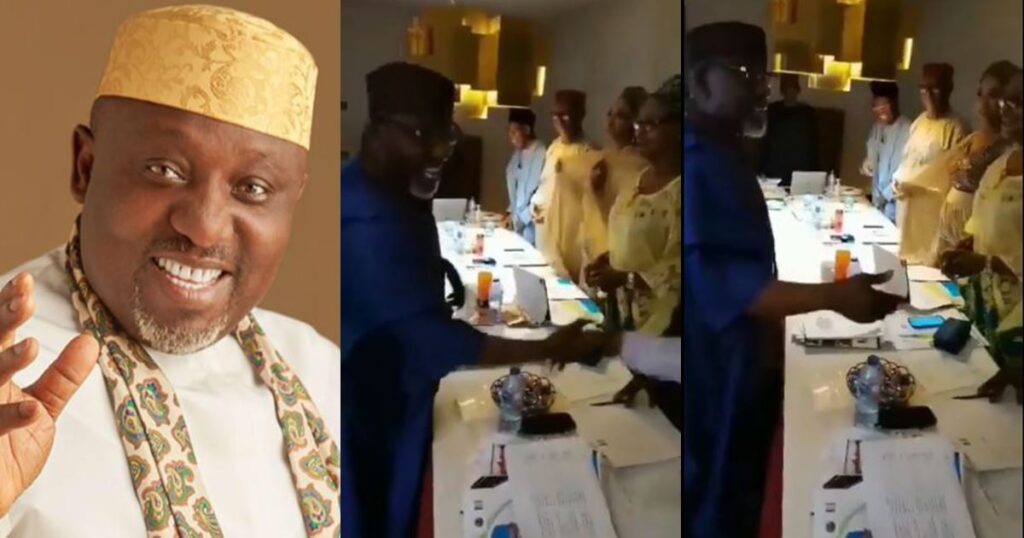 KanyiDaily recalls that the former Imo State Governor on 24th May, Tuesday was forcefully arrested by operatives of the Economic and Financial Crimes Commission (EFCC) after several hours of resistance at his Abuja residence over alleged N2.9Bn fraud and he was on the verge of missing out on the screening due to his inability to secure bail on time.

However, a Federal High Court sitting in Abuja on Tuesday, May 31, granted him bail to the tune of N500million with one surety in like sum.

Okorocha obviously rushed down for the presidential screening which was expected to end yesterday, May 31st and successfully got screened to contest in the party’s primaries come June 6.

A clip shows Rochas smiling and shaking hands with committee members after he arrived for the screening exercise.

In other news, reality star, Pere Egbi reacted after he was accused of sleeping with Governor Yahaya Bello’s wife, Rashida Bello.