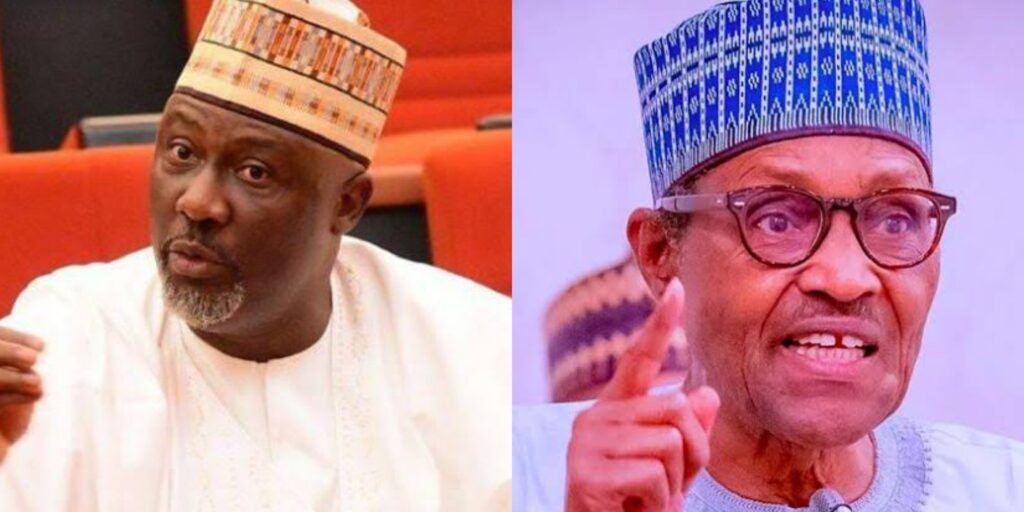 Dino in a video shared on his social media pages vehemently stated that the country is practicing democracy and the imposition of a president would not be accepted.

The former lawmaker representing Kogi West Senatorial District made this statement in reaction to Buhari’s meeting with the APC governors where he asked them to support him in choosing his successor.

Buhari, who met with the governors on Tuesday, May 31st had asked them to allow him to choose his successor as they did in their various states.

This statement however did not sit well with Dino who accused the president of trying to install a successor.

“Yesterday the president made a statement that is unconstitutional and showed some inhumane tendencies. The president said the APC governors should support him to choose his successor. The president used the word successor and not flagbearer or candidate of the APC.

“It is abominable and undemocratic for the president to be talking about a successor in an election that has not been conducted. I am calling on Nigerians to be at alert because the battle to salvage this country from economic scavengers is a battle of no retreat, no surrender”.