The Nigerian Army has disclosed that an Improvised Explosive Device (IED) planted by members of the Indigenous People of Biafra (IPOB) and its armed unit, Eastern Security Network (ESN) blew up and injured two members of the group. 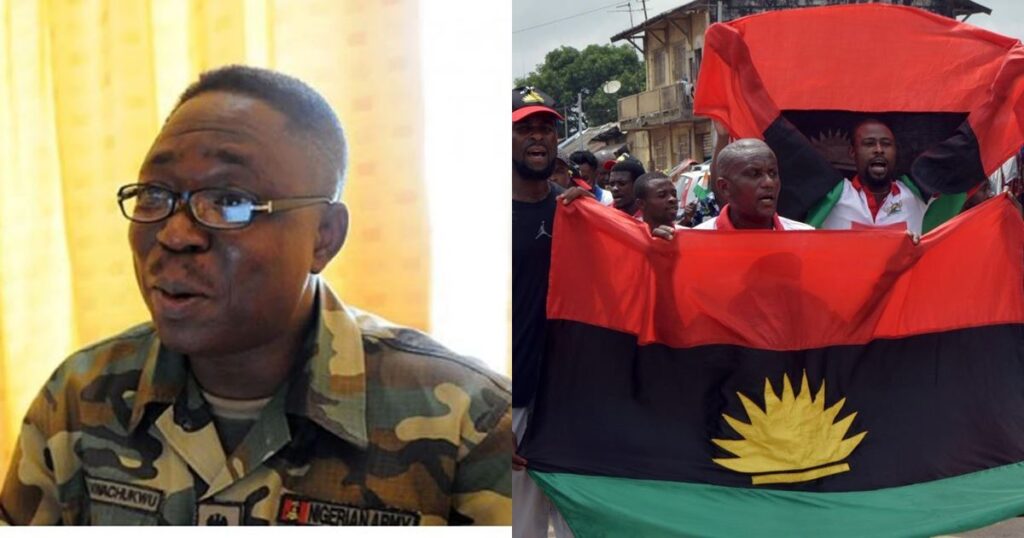 He affirmed that the members of the group unconsciously stepped on it while they were attempting to evade military troops.

“The dissidents inadvertently stepped on the IED which they had earlier planted along several routes in Orlu, Orsu Local Government Area, while they were attempting to evade troops’ onslaught against terrorists in the area.

“The outlawed group has severally planted IEDs along troops’ patrol routes in a failed effort to bring harm to the troops.

“We urge all peace loving people of the South-East to please inform troops of possible areas where these explosives have been buried for proper evacuation and disposal.”

Meanwhile, actress Laide Bakare has sparked reactions after she revealed that her 13-year-old daughter gifted her 9-year-old brother a Mercedes-Benz for his birthday.

“Be On Alert, Buhari Is About To Impose A President On Nigerians” – Dino Melaye Raises Alarm