The General Overseer of the Redeemed Christian Church of God (RCCG), Pastor Enoch Adeboye says the Bible is not against “children of God” defending themselves against attacks. Speaking on Friday during his sermon at the Holy Ghost service, Adeboye said though safety is of the Lord, the Bible isn’t against Christians defending themselves against harm.

He said, “Safety is of the Lord and nobody dies until their time comes.

“I don’t want to say much, because I know whatever I say, some people may want to twist it. But I’ve searched the Bible from cover to cover and there is nowhere in the Bible where God said a child of God cannot defend himself.

READ:  Chaos Inside Hospital As Strange Bird Allegedly Flies Into Facility And Turns Into A Woman [Video]

“If you find the place, let me know. He said, ‘if they slap you on the right cheek, turn the left’. If they now slap the left, what did he say? When God is silent, do you know the meaning of that? It simply means, over to you.

“Every enemy of the church, as long as my Father is still on the throne, as long as Jesus lives, as long as His name is the consuming fire, if they don’t repent, the fire of God will consume them. 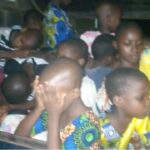 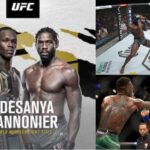