Two soldiers of the Nigerian Defence Academy (NDA) have been crushed to death by a waste collection truck after falling from their motorcycle in Kaduna State. Daily Trust quoted an eyewitness saying that the incident happened in the early hours of Tuesday at Mando, Afaka area of the state.

He said, “The soldiers fell from their motorcycle when it ran into a pothole on the road and the truck coming from behind, crushed them. The whole incident happened so fast that we were unable to save their lives.”

The soldiers were said to have been rushed to the 44 Nigerian Army Reference Hospital where they were confirmed dead.

The academy Public Relations Officer, Major Bashir Jajira, did not answer calls placed to his line. The phone was later switched off.

Meanwhile, the Nigerian Army has confirmed the death of three soldiers from the presidential guard troops killed by terrorists during a recent attack in Abuja.

READ:  Man Bathes His Wife With Acid After Throwing Her Out Of His House [Photos/Video] 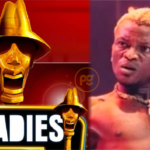