Nigerian Grammy-winning singer, Wizkid has declared love for his colleagues, Davido and Burna Boy, at the 2022 Afronation music festival in Portugal. 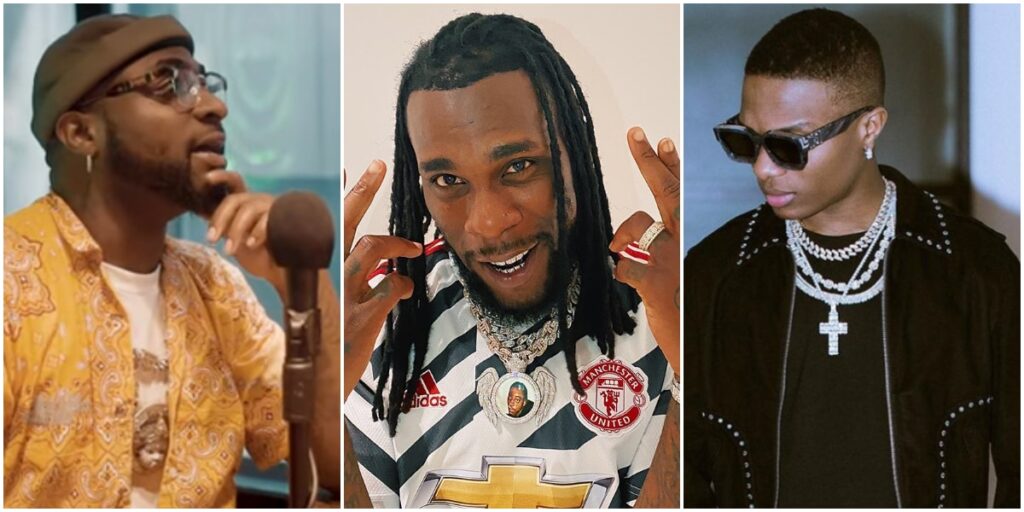 The trio are considered to be the biggest artistes in Nigeria in contemporary times, with their fans often fighting over who is superior on social media.

During his performance on Saturday, Wizkid played down the rivalry between them while declaring that he has nothing but love for his perceived rivals.

– Singer – Wizkid declares his love for – BurnaBoy and – Davido.

KanyiDaily recalls that Davido, Wizkid, and Burna Boy had recently performed at a party organized in Lagos by the Chairman of the United Bank for Africa, Tony Elumelu.