The Kaduna State government has described as fake news, reports that the state has been renamed.

Reports had surfaced early on Monday morning, claiming that President Muhammadu Buhari had signed a bill to rename Kaduna State to Zazzau State.

The reports had also alleged that the bill, which was jointly sponsored by Senators Suleiman Abdu Kwari and Uba Sani got the approval of 13 members out of 15 of the lower chamber representing different parts of Kaduna State.

Continuing, the reports also noted that the bill was deliberated in the Red Chamber and got 2/3 support of the senate.

It also alleged Clerk of the National Assembly, Ojo Olatunde Amos said that, 123 Civil Organizations from different parts of Kaduna State who supported the name change of the State to Zazzau said the new name is in tandem with the history of culture of the people of the State

Reacting to the reports in a terse refutal on his official twitter handle on Monday, Muyiwa Adekeye, the Special Adviser to the Kaduna State Governor, Nasir El-Rufai on Media and Communication, said the reports are fake news.

He said the state has not been been renamed and called the claim as an elaborate piece of fiction.

Adekeye urged members of the public to ignore it.

“Kaduna State has not been renamed. Please ignore the elaborate piece of fiction that made the claim. It is fake news.” his tweet reads.

Kaduna State has not been renamed. Please ignore the elaborate piece of fiction that made the claim. It is fake news.

Kanyi Daily recalls that last month, the state governor, El-Rufai had renamed some public institutions and roads in honour of some prominent retired public officials and politicians. 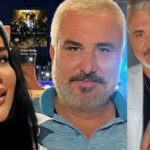 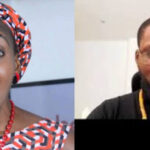