Nigerian singer, Kizz Daniel has been allegedly arrested in Tanzania after failing to show up for a paid concert in the country. 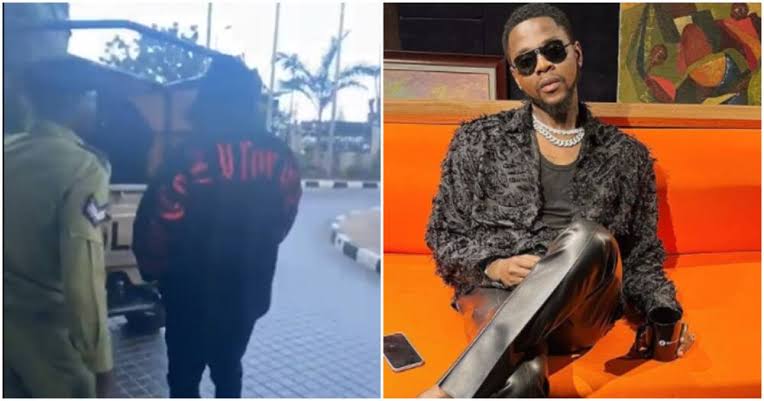 It was gathered that the singer collected $5000 and failed to show up on Sunday night at the Summer Amplified concert at the Warehouse Arena in Dar es Salaam.

Fans who had gathered at the venue of his advertised show in Tanzania left in anger and trashed the place after he failed to show up at his Afro Classic World Tour.

Sources said Kizz Daniel refused to perform at the show because his luggage was yet to arrive Tanzania from Uganda and he refused to wear the clothes offered to him in Tanzania.

The development irritated his fans who destroyed properties at the concert, forcing the organisers to invite the police and get the Nigerian singer arrested at his hotel on Monday afternoon.

A viral video of the arrest showed the singer wearing a hooded jacket and being escorted into a waiting van by armed police men.

Although it’s unclear who filed a complaint or issued the warrant for his arrest, sources said Kizz Daniel breached his contract and will be charged to court according to the Tanzanian law.

Again, fans went home angry in Tanzania after Buga crooner, Kizz Daniel was nowhere to be found for his stage performance. pic.twitter.com/p6gjKsSOHY

Confirmation of Kizz Daniel’s arrest by the organizers of the summer amplified show in Tanzania,where he refused to perform. #Kizzdaniel pic.twitter.com/MIdK25PiAw

Kizz Daniel arrested in Tanzania for not showing up to perform at a show he was billed to perform at. 😯 pic.twitter.com/ook1aHfQh1 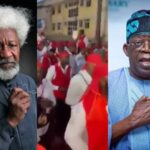 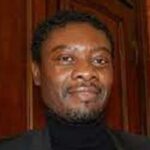