Presidential candidate of the Labour Party, (LP), Peter Obi has revealed that thousands of people have contacted the schools he attended to confirm if he was a former student of the institutions. The former Anambra governor, who disclosed this during the Zoom session, said people have been inquiring about his status as a former student of the schools he attended.

According to him, one of the schools he attended contacted him and said that it received inquiries from over 1000 people asking to know if he was truly a student.

Obi said that in light of the development, he will be publishing the contact number of all the schools he attended in case others want to also inquire.

He said that he will request the details from the University of Nigeria, Nsukka, Lagos business school, Oxford and Cambridge University so that it will be easier for people to reach out to the schools and ask questions about him.

READ:  Yahoo Boy Seeks Forgiveness From Best Friend's Mum After Tying To Use Her For Money Ritual

KanyiDaily recalls that Delta State Governor, Ifeanyi Okowa, who is the vice-presidential candidate of the Peoples Democratic Party (PDP), said Peter Obi does not have the needed experience to lead Nigeria. 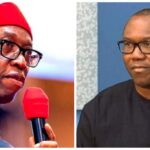 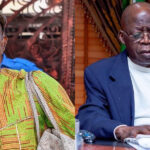