Fast-rising Nigeran singer, Portable claims he’s bigger than the organizers of The Headies and his colleague, Goya Menor, who won the ‘Best Street Hip Hop’ award. KanyiDaily recalls that the organizers of The Headies had disqualified Portable, who was nominated in the “Rookie of the Year” and the “Best Street-Hop Artiste” categories.

Following the conclusion of the prestigious Nigerian music award on Sunday, Portable went on Instagram live session to about his popularity, claiming he’s bigger than the Headies organizers.

“I blow everywhere, my face show. Nowhere wey dem no dey hear zazuu. I blow pass who get headies,” he said in pidgin English.

Portable also aimed a dig at Goya Menor for winning the ‘Best Street Hip Hop’ award, saying the  ‘Ameno Amapiano’ crooner “does not deserve the gong.”

“Wetin concern me with person wey dem give ‘Street Artiste of the Year’ award. Which song you sing, you sabi sing? Since wey you don sing that song, you sing another one wey blow? Them carry street give you…” he added.

KanyiDaily recalls that Nigerian music producer, Masterkraft had also called out The Headies organizers for constantly ignoring his contributions to the music industry.

READ:  Churchill Suffers From Premature Ejaculation, He Can’t Last One Minute Inside A Woman - Tonto Dikeh 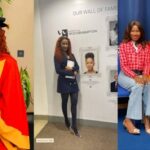