Fast-rising Nigeran singer, Portable has threatened to “kill” whoever wins ahead of him in the two categories he was nominated in the 2020 Headies Award. 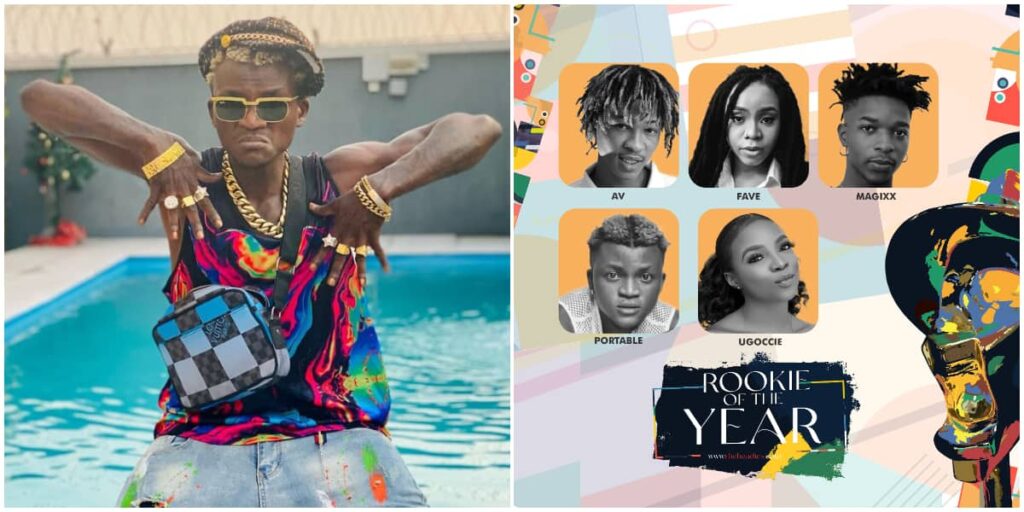 Reacting in a video shared on his Instagram page, Portable claimed the other nominees are no match for him because his hit song “Zazuu Zeh” is known worldwide.

The singer, who was seen sitting shirtless in a car while speaking Yoruba language, further threatened to kill other nominees if he loses to the in both categories.

READ:  Nigerian Woman Beats Up Her Step-Son, Locks Him Up In Dog Cage For 3 Days [Video]

Portable said, “Thank God, Headies has nominated me for best street-hop artiste of the year. Who wan check am?”

“I’m still the owner of the rookie of the year award. Who doesn’t know Zazuu? Aboki, Hausa, Igbo, who doesn’t know my song? Even those abroad listen to me.

“Give unto Caeser what is for Caeser. My award, give it to me. Don’t give my award to another person, if you do, you will die.”

It is not yet known if he is merely joking or serious about the death threat.

Meanwhile, fast-rising Nigerian rapper, Cheque has called out The Headies for failing to nominate him for the prestigious award, claiming he was overlooked in the hip-hop category.