An unnamed elderly man has used what now appeared to be a tactic to make a police officer who extorted him confess to his offence.

According to a terse statement posted by the Lagos State Police Command Spokesman, Benjamin Hundeyin on his official handle on Thursday afternoon, the elderly man complained that a certain officer collected an amount of money from him.

Hundeyin said the man claimed that the said officer extorted him of N50,000 before he could take his son on bail.

He noted that after he summoned the officer to his office and asked the man to narrate the same story, the officer did not deny he collected money from the man, but vehemently refuted collecting N50,000.

The police image maker further said the elderly man at that moment then admitted that it was N20,000 and not N50,000 the officer collected from him.

“This still does not excuse the corrupt practice. Even one Naira is bad enough.

“The officer was first made to refund the elderly man, after which his disciplinary journey began.

In other news, Kanyi Daily reported how the  Lagos Police command arrested a traffic robber after dispossessing a motorist of his valuables

Hundeyin said the robber was arrested by officers of the Alausa police division at Otedola bridge. 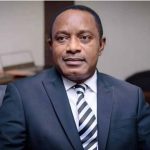 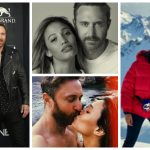