The ever vibrant Spokesman of the Lagos State Police command, Benjamin Hundeyin, says he is not proud to identify as a police officer after watching a video showing the actions of some white cops.

Hundeyin, who has a very fine and dedicated approach to his job with constant and friendly interface with members of the public on social media, stated this on his verified twitter handle on Tuesday morning.

In the video, the three white cops from Crawford, Arkansas were captured repeatedly beating/hitting a man they already pinned to the ground, in a manner that can be likened to jungle justice.

Lagos Police PRO Speaks On Being A Cop

Retweeting the video post by a user, the Lagos police spokesman appeared to express dismay at the actions of the officers captured in the video.

“In moments like this, I’m not proud to identify as a cop. 🤦‍♂️ What the heck?,” Hundeyin wrote.

In moments like this, I’m not proud to identify as a cop. 🤦‍♂️ What the heck? https://t.co/2gronHv1Dw

It is not clear what offence the victim committed.

It is also not clear when the incident took place.

According to the twitter user who posted the video, the officers involved in that action have been suspended.

“These disgusting, inhuman cops from Crawford, Arkansas have been suspended for this horrifying assault,” he wrote

“But that’s not enough. They need to be fired and charged with attempted murder. NO MORE POLICE BRUTALITY.”

Meanwhile, Kanyi Daily had reported the murder of a black man, George Floyd, who was held down on the neck with a knee as he protested that he couldn’t breathe by white police officers in Minneapolis, USA.

The death of George Floyd has drew outrage on social media after video showed an officer kneeling on the black man’s neck as he cried out that he couldn’t breathe.

Four Minneapolis police officers have been fired for their involvement in the death were also fired and subsequently prosecuted. 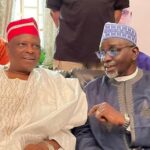 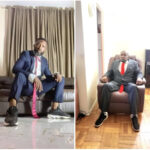