Kellie Chauvin, the wife of former Minneapolis police officer Derek Chauvin, who was arrested and charged with murder in the death of George Floyd, has filed for divorce to end their 10 years old marriage.

KanyiDaily had published a video that shows how George Floyd died on Monday, after a white police officer pinned him to the ground by pressing his knee into Floyd’s neck as the black man repeatedly said, “I can’t breathe.”

Chauvin, who was 19-year veteran of Minneapolis PD, was taken into custody on Friday and faces charges of third-degree murder and manslaughter.

In a statement issued by her attorney on Friday, Kellie said she is devastated by the killing of 46-year-old George Floyd, adding that she is seeking the “dissolution of her marriage” to Chauvin.

Kellie Chauvin’s full statement released by her attorney is below:

“This evening, I spoke with Kellie Chauvin and her family. She is devastated by Mr. Floyd’s death and her utmost sympathy lies with his family, with his loved ones and with everyone who is grieving this tragedy.

“She has filed for dissolution of her marriage to Derek Chauvin. While Ms. Chauvin has no children from her current marriage, she respectfully requests that her children, her elder parents, and her extended family be given safety and privacy during this difficult time.”

Kellie Chauvin—the wife of the officer involved in the death of George Floyd—sends her condolences to the victim’s family and announces she is divorcing her husband Derek. pic.twitter.com/vJZptSm8Xm

Meanwhile, a CNN reporter and his entire crew were arrested on Friday live on air while covering the Minneapolis protests over the killing of George Floyd. 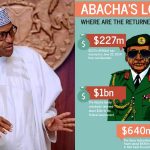 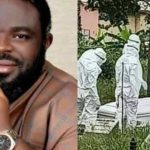