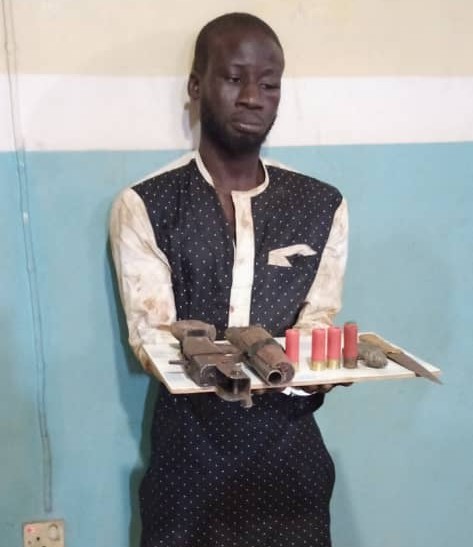 This was disclosed in a statement issued on Saturday and posted on the command’s Twitter handle.

It said Olamide was nabbed by operatives on way to launch an attack with other members of his group.

The statement said the suspect was arrested on the 23rd of October 2022, at the Oke-iganmu area of Ilaro/Papalanto road, while the patrol team from Ilaro division was on routine patrol of the area and sighted the suspect and two others on a Bajaj motorcycle.

According to the statement, the suspect who was sitting at the back quickly jumped down from the motorcycle and ran into the bush with a bag.

READ:  Two Men Sentenced To Death By Hanging For Armed Robbery And Rape In Ekiti

“He was hotly chased and arrested, while the other two sped off on the motorcycle,” the statement reads.

“On searching the bag with him, two locally made short guns, four live cartridges, one knife, and weeds suspected to be Indian hemp were recovered therein.

“On interrogation, the suspect confessed been a leading member of the Eiye cult group, and that they were heading to Agodo village for an operation.

“Meanwhile, the Commissioner of Police, CP Lanre Bankole, has directed that the suspect be transferred to anti cultist unit of the State Criminal Investigation Departments for discreet investigation.”

OGUN POLICE ARRESTS NOTORIOUS CULTIST ON HIS WAY TO OPERATION. 29/10/2022.
A notorious member of the dreaded Eiye confraternity, Olamide Olabode has been apprehended by operatives of Ogun state Police Command on his way to launch an attack with other pic.twitter.com/Ws4uh7yrtg

In other news, Kanyi Daily reported how four notorious armed robbery suspects who specialise in snatching motorcycles at gunpoint were arrested. 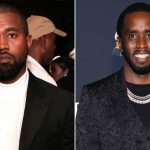 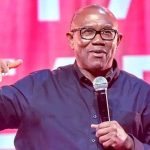