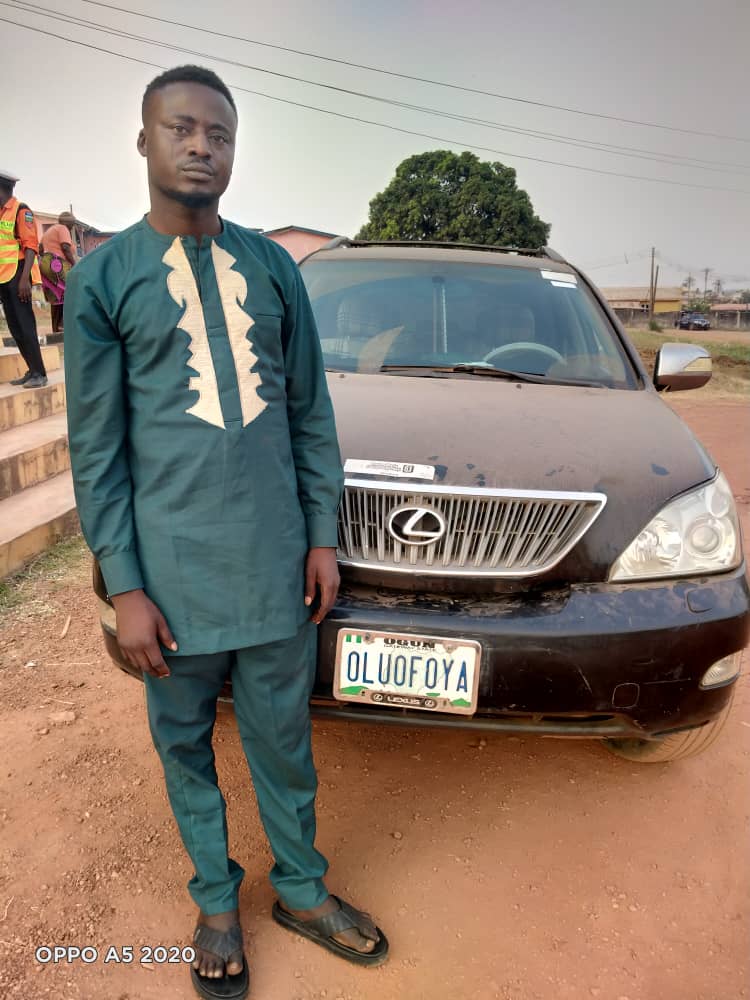 Spokesman of the command, Abimbola Oyeyemi who disclosed this in a statement issued on Thursday evening, said Babatunde was arrested on the 20th of December 2022.

Oyeyemi said trouble started on the 8th of December 2022, at about 8 p.m, when the suspect, who drove a Lexus jeep with an “Olu of Oya” customised number plate, hit the deceased’s car from the rear and caused damage to the rear light of the said car.

“The deceased, Ismail Obafunsho, there and then came down from his car, and asked the suspect to come down for them to assess the extent of the damage in order to find a solution to it,” the statement reads.

“But the suspect, Adeyemi Babatunde, refused to come down from his own vehicle and was making effort to run away.

“This infuriated the deceased who insisted that the suspect must come down, and he consequently sat on the bonnets of the suspect’s car in order to prevent him from escaping from the scene.

“The suspect, Adeyemi Babatunde, later came down and warned the deceased to leave the bonnet of his car if he doesn’t want to waste his life. He then went back to the car and drove at high speed which made the deceased fall from the car, and the car ran over him.

“Not satisfied, the suspect also reversed the vehicle and ran over the deceased again to ensure that he actually died.

“After completing the act, he ran away with the vehicle. He was later traced to his father’s house in the Idi-ABA area of Abeokuta where he was arrested by men of the state motor traffic division, on the 20th of December 2022. The vehicle he used to commit the crime was also recovered at the station.”

According to the police image maker, the Commissioner of Police, CP Lanre Bankole has ordered that the suspect be transferred to the Homicide Section of the State criminal investigation department for further investigation and prosecution.

In other news, Kanyi Daily reported how the Ogun police command arrested a 28-year-old robber, who robbed a POS operator of N400k and killed one, injuring another.

READ:  I'm Converting To Christianity Because Jesus Is The Only Way To Win My Girlfriend's Heart - Muslim Man