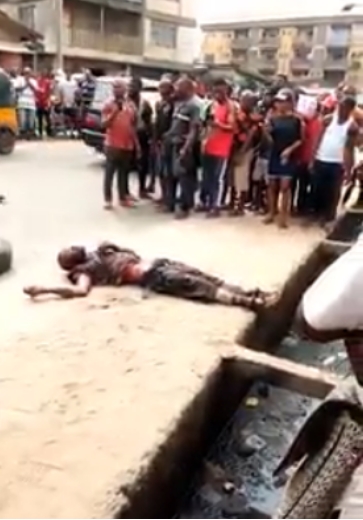 A robbery suspect met his end at the hands of irate mob in Aba, the commercial hub of Abia. It was learnt that the suspect was arrested at Umule Road/ Eberechi Street in Aba by some youths of the area.

He was said to have been caught after he was reportedly abandoned during an escape by a gang that allegedly robbed a company in the area. 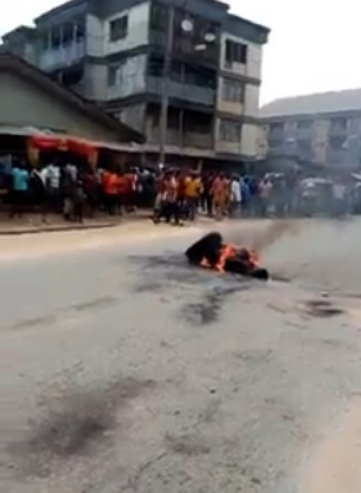 An eyzewitness account said that after he was apprehended, the mob tied up his hands with a chain, beat him up severely before pouring petrol and setting him ablaze.

It was further learnt that the deceased made a futile attempt to get reprieve when he jumped into a gutter filled with rain water in order to put out the fire.

“The mob picked the suspect up from the gutter, where he dipped himself to quench the fire and poured him more fuel, which increased the fire.

“The people stood there watching until the man was fully burnt to death,” the eyewitness said. 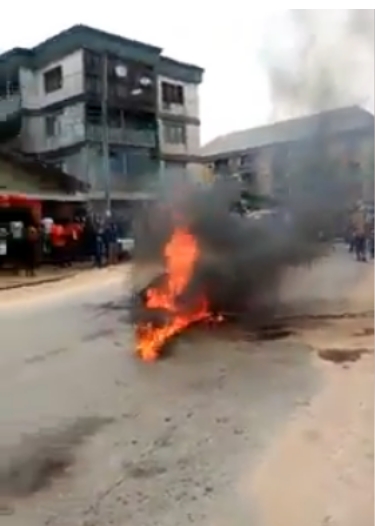 Reacting to the development, the police boss said that the command would no longer condone jungle justice in the state. He promised to initiate measures to end the phenomenon. He said:

“The people are free to arrest robbery suspects but are bound to hand them over to the police. “Police are not in support of anybody being lynched because of stealing so people should follow due process.”