The acting Managing Director of the Bank of Agriculture (BOA), Alwan Ali-Hassan has regained his freedom after he was abducted on an Abuja-Kaduna bound train

The BOA boss, who was declared missing following the train attack, was released alongside some other passengers who were also abducted during the incident.

According to Premium Times, a source close to the family said Hassan was released on Wednesday, April 6, after paying an undisclosed amount as ransom paid on Tuesday evening.

The source said, “I’ve spoken with him today. And I know that ransom was paid but I don’t know how much. I’m not in the position to tell you that. All I know is that I am happy for him and the family. When he was abducted, many people thought it was me.”

In a video circulating on social media, the bandits who spoke in Hausa language said they decided to have mercy on Hassan in the spirit of the Ramadan season and his age.

Hassan, who was flanked by the heavily armed bandits, also appealed to the Federal Government to negotiate for the release of other captives, before his own release on Wednesday.

An official of the bank confirmed the release on Wednesday, saying that he (MD) has regained his freedom and in Kaduna now, Punch reports.

But there was no official confirmation neither from the state government nor the state police command as of the time of filing this report.

Kidnapped Bank Of Agric MD, Alwan Ali-Hassan, appeals to the Federal Government to negotiate with the leadership of the bandits on the release of other captives, before his own release from bandits on Wednesday. pic.twitter.com/pUSngVcSSA

KanyiDaily had also reported that a medical doctor identified as Dr Chinelo Megafo had been confirmed as one of the eight persons killed in the train attack, while 22 passengers were still missing and 171 others are unaccounted for. 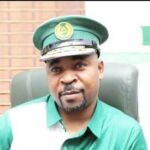 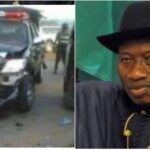