A Nigerian lady, Dr Chinelo Megafu has died from the wounds she sustained in the deadly attack by terrorists on the Abuja-Kaduna train on Monday night.

KanyiDaily had reported that the train was on its way from Abuja to Kaduna when it was attacked by terrorists who opened fire on over 970 passengers on board, killing some and whisking away unspecified number of people.

Although there is no official number of casualties, one of the victims who sustained gunshot injuries during the attack has been identified as a medical doctor, Chinelo Megafu.

Shortly after the attack on Monday night, Chinelo posted on her Twitter handle that she was shot in the train, while calling for prayers from her followers.

I'm in the train . I have been shot please pray for me.

Some Twitter users also said she could not have tweeted with gunshot wounds, while others dismissed her claim, asking her to show proof that she was shot.

On Tuesday, the Nigerian Twitter space was flooded with posts saying the doctor has died from the gunshot wounds she sustained from the attack.

Chinelo’s death was confirmed by her colleague and friend, Michael Ajidahun, who revealed on Tuesday morning that she did not survive the gunshot wound.

“Just woke up to a sad news My friend just woke up to losing a close friend who was shot at the Abuja Kaduna train incident by terrorists She tweeted yesterday that we should pray for her. Sadly she didn’t make it. She was a Doctor Nigeria why..I’m heartbroken,” said Ajidahun better known as ‘The Bearded Doctor’on Twitter.

And some people were here saying why will I think of such a thing..really?..for basic first aid to be provided for injured

May Nigeria not happen to us

Another friend of the deceased said the doctor who worked at St Gerald’s hospital hospital in Kaduna had resigned ahead of her relocation abroad on Friday.

She tweeted, “Dr Chinelo was making an honest living, she was working at St Gerald’s hospital in Kaduna, she wanted more for herself and processed her papers to leave this hell-hole. She resigned last month to leave the country this Friday then this happened. Nigeria why???”

Dr Chinelo was making an honest living, she was working at St Gerald's hospital in Kaduna, she wanted more for herself and processed her papers to leave this hell-hole. She resigned last month to leave the country this Friday then this happened. Nigeria why???💔💔💔

Just learnt that Dr Chinelo didn't make it. This is heartbreaking on so many levels.

All Chinelo said was "Pray for me." That is all she said. She was then targeted and subjected to abuse by a group of vile and evil creatures. Cos she was shot and asked for prayers so she could survive.

This thing hurt me to my marrows!!!

The next time someone mocks a misfortune that befalls an APC supporter and you tell them to be empathetic, I hope you'll remember how they mocked Chinelo in her dying moments.

There is no being a better person with these people.

I couldn’t sleep all night thinking about and praying for this young medical doctor. I’ve just learned that she died by the train. Nigeria – why?!! I am heartbroken 💔 we must fix this country and stop destroying our future generations. Rest in Peace Chinelo. Rest in Peace. https://t.co/YLi9G47MLB

Let it be known today that Dr Megafu Chinelo, a Medical Doctor in Nigeria was killed due to the failure of the government to adequately protect its citizens

Dr Chinelo was an extraordinary Doctor. She was the definition of beauty and brains . Dedicated her life to Nigeria

Here is one of her awards.
We just lost a gem💔#RIPDRCHINELO pic.twitter.com/hP4KPJvFYI

Dr Chinelo is now dead. Are you happy now?

Stop trying to invalidate people's experiences. She wasn't lying . It was a cry for help https://t.co/tR35XZRPBv

The lady that said she was shot in the train was attacked and accused of chasing clout because people have taken advantage of serious situations to chase clout.

Actions have consequences. You might be the next person in danger and nobody would believe. Stop this clout madness

Yesterday’s train in Kaduna that got attacked by bandits had a female medical doctor on it.

She got shot and tweeted asking for prayers. Some people ridiculed her and mocked her.

This morning she is dead. RIP Chinelo.

May God console your family and may they find strength 🙏🏿 pic.twitter.com/4ZDz3nRJuY

Chinelo so sad to wake up to this news , may your soul rest in peace .

I just left the mortuary

Young girl with all her future ahead #Nigeria is not a country https://t.co/tLSm18KH9w

“I'm in the train . I have been shot please pray for me.” was her last tweet 10hours ago and many of you used her to chase clout.

Now she's dead and you're all deleting your hot takes 😡😡😡

That chinelo babe really died, just like that, gone?

The concept of life doesn't always make sense to me, how does one live to a certain age and boom, just like that, you stop to exist and nothing can be done ?

God grant her family strength too

She spent her last hours being abused by ‘patriots’; because she asked for help and prayers as she lay dying. 🥺 #chinelo

Those same set of people that attacked the late Chinelo are the same set that attacked and trolled me when the police brutalized me. These are sycophants who are loyal only to their political gods. They care not for this country and have no conscience whatsoever left in them.

The attacks on Chinelo as she lay dying don't shock me.

When Buhari Jega was killed in Gyelsu, his "friends" including he-who-cried, justified it.

I knew then that these people aren't human.

One who loses his humanity over politics will defend your murder.

The most annoying and painful part of the train terrorism was the trolling Dr Chinelo got for asking people to pray for her.

As a Yoruba, I am disappointed that most of it was committed by Yorubas.

This is the same Nepotism and nonsense we embraced that led to Operation Wetie. pic.twitter.com/eQuAtKQ7M4

Dipo can't deny it. He's same bandwagon with these BMCs. O thought he's learnt his lessons and turned a new leaf but I was wrong. pic.twitter.com/sfsptrvfuK

People who have no conscience, no empathy

Dr Chinelo is dead now, are you happy?
Are your paymasters pleased with you?

All Chinelo said was "Pray for me." That is all she said. She was then targeted and subjected to abuse by a group of vile and evil creatures. Cos she was shot and asked for prayers so she could survive.

This thing hurt me to my marrows!!! 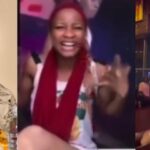 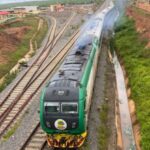