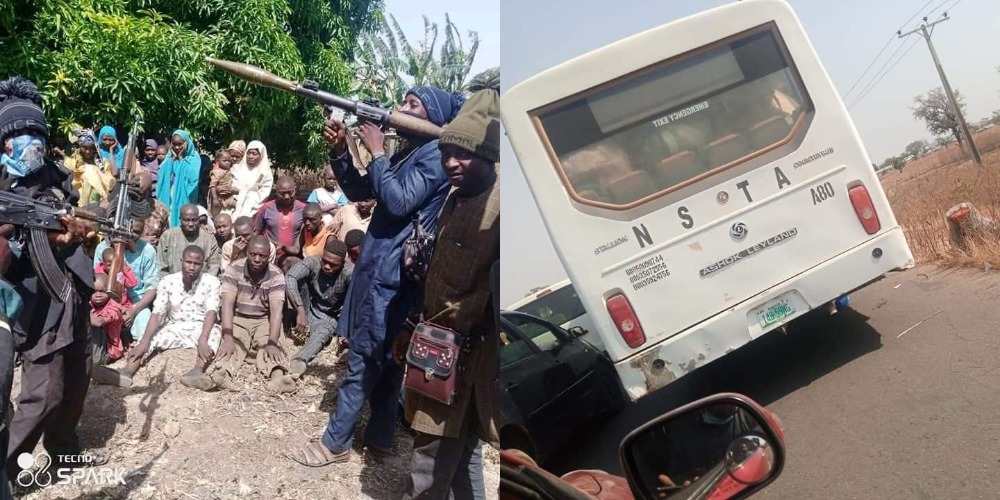 The abduction occurred on Sunday evening when the bandits waited in ambush as the public transport vehicle ran into the blockade in Kundu village, near Zungeru in Yakila District of Rafi Local Government Area of the state.

Officials of the drivers union in the area said the victims were travelling in a bus of the Niger State Transport Authority (NSTA) when they ran into an ambush by the bandits.

In a video clip released on Tuesday, the bandits were seen wielding several rocket-propelled grenades (RGPs) while threatening the passengers who were begging the Nigerian government “to do something” about their release.

“God is the greatest, all praise is due to God alone,” a member of the banditry group said in the video which shows the fully armed fighters speaking in Arabic, Hausa and Kanuri.

Terrorists who abducted 21 persons in Niger state released a video threatening captives and state authority. Over 500 are captives of #BokoHaram in northeast. In the northwest/central, families are raising millions for ransom to free hundreds of their relatives. THIS IS ANARCHY. pic.twitter.com/AgHloswa33

This is the situation of the 21 kidnapped passengers of an NSTA Bus that have been kidnapped in Yakila Village of Niger state, let's tag the government/relevant authorities please, they need help. pic.twitter.com/spULpcNji3

Bandits with RPG when a group carries weapons that are used by military, they are nothing but terrorists.
Buhari Nigeria Herdsmen pic.twitter.com/bSG9vZPUMZ

It was learnt that some teachers and their family members residing within the college staff quarters were also abducted by the gunmen on Wednesday morning. 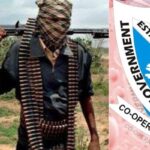 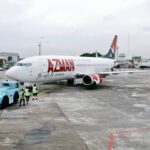