Niger State Government has secured the released of all the students and staff who were abducted by bandits at the Government Science College, Kagara in Rafi local government are of the state. 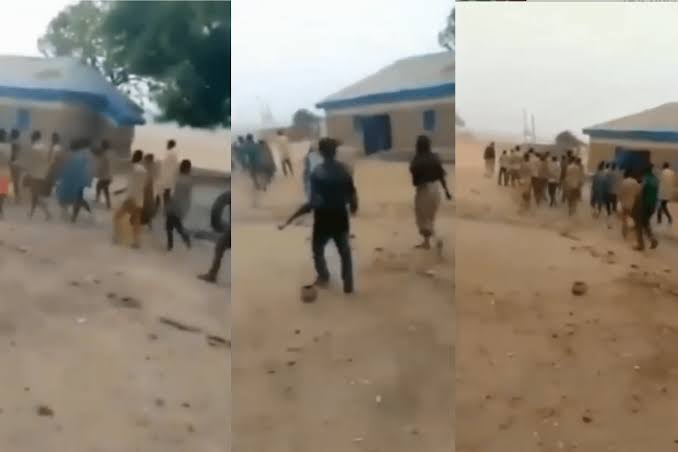 KanyiDaily had reported how 42 persons including students, students, staff and family members, were abducted by gunmen that invaded the school on February 17, 2021.

In a statement on Saturday, February 27, the Chief of Secretary to Governor Abubakar Sani-Bello of Niger, said the government has secured the released of the victims.

The statement said the victims were received by the Niger government officials at the Niger State Development Company (NSDC) suite in Minna.

In a fresh video, the students who regained freedom were seen walking home.

This is coming barely 24 hours after the abduction of another 317 students of Government Girls Secondary School, Jangebe, Zamfara State, in the early hours of Friday.