Bandits have threatened to kill the abducted students and staff of the Zamfara State College of Agriculture and Animal Sciences (CAAS), Bakura, Zamfara State. 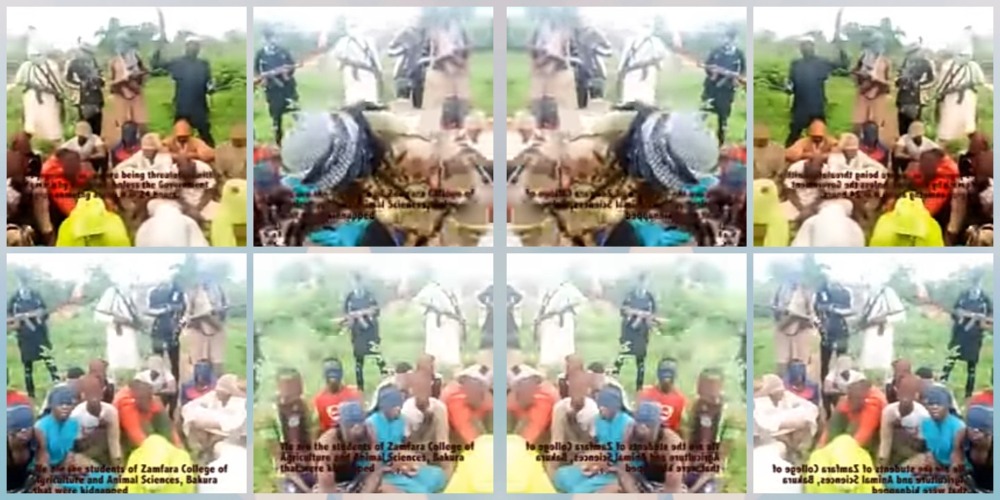 It was gathered that 15 students, four staff members, and a dispatch rider were abducted in a Sunday night attack in the college premises in Bakura.

In a 30-second video clip obtained by Channels TV on Wednesday, the victim revealed that the bandits have given a 24-hour ultimatum for the payment of N350m ransom or they will be killed.

In the video, the students and some of the female staff are seen squatting and blindfolded while about seven masked bandits surround them with AK 47 guns.

One of the students was heard in an emotion-laden voice calling on Governor Bello Matawalle and the state government to do the needful to ensure their release.

“Peace be unto you all. You can all see the situation we are in! We’ are the students of Zamfara College of Agriculture and Animal Sciences Bakura that were kidnapped. As you can see, we are being threatened with death by them unless the government does something about it in 24 hours.

While he was speaking, one of the bandits, brandishing his AK 47 gun, kept saying “Yes, see it here we mean it. Everyone should see it here. It’s not a lie. Yes we mean it.”

KanyiDaily had also reported how 66 people were killed by bandits in Danko-Wasagu Local Government Area of Kebbi state.

Related Topics:BanditsgistkidnapMETROmurderNewsransomstudentsZamfara State
Up Next