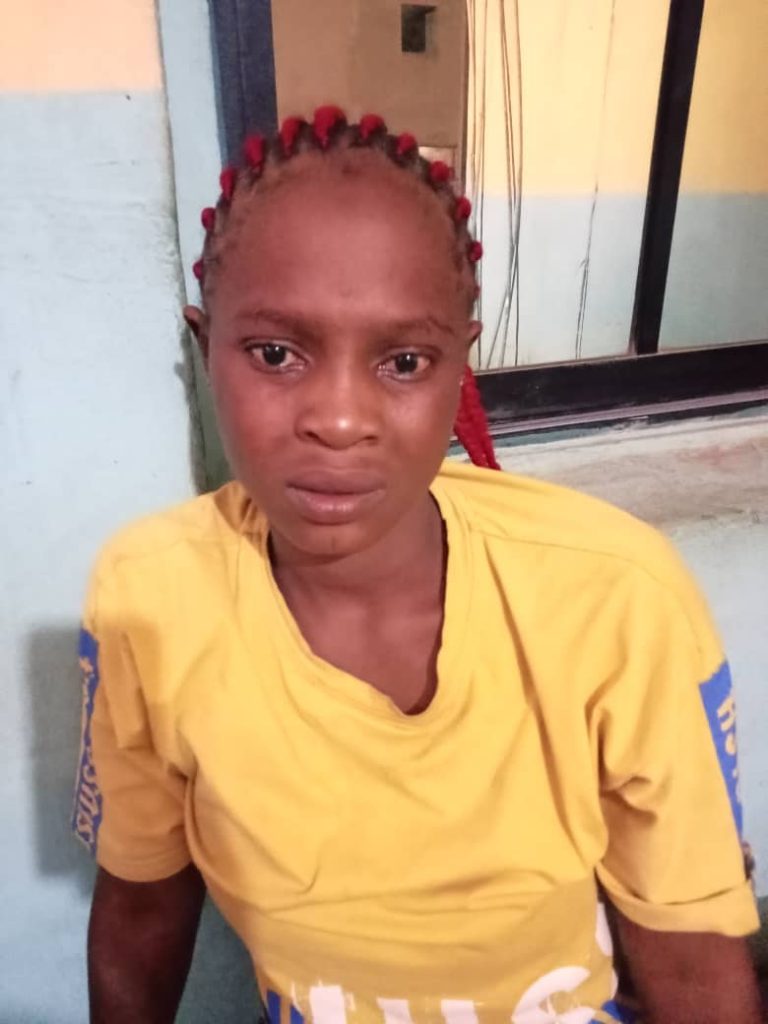 This was disclosed in a statement issued on Wednesday by the command’s Spokesman, Abimbola Oyeyemi.

Oyeyemi said Ayila was arrested on Tuesday, 20th of December 2022, following a report lodged at Agbara divisional headquarters by one Ismail Yusau, who reported that he sent his daughter on an errand to Agbara market at about 11 am of the day, only to receive a strange call some hours after from an unknown person, who informed him that his daughter has been kidnapped.

According to Oyeyemi, the strange caller told him that if he didn’t send the sum of N250,000 as ransom, he will never set his eyes on the girl again.

“Upon the report, the DPO Agbara division, CSP Abiodun Salau, mobilised his Crack Detectives, who embarked on technical
and intelligence-based investigation,” the statement reads.

“Their efforts yielded positive results when the suspect was traced to her hideout at Atan Ota area, where she was promptly arrested and the little girl was rescued unhurt.

“Preliminary investigation revealed that the suspect had earlier kidnapped a young girl at Itele ota area on the 19th of December 2022, and ransom was paid to her before she released her victim.