Popular American singer, Britney Spears has made several allegations against her father, Jamie Spears, for treating her “less than a f–king dog”. 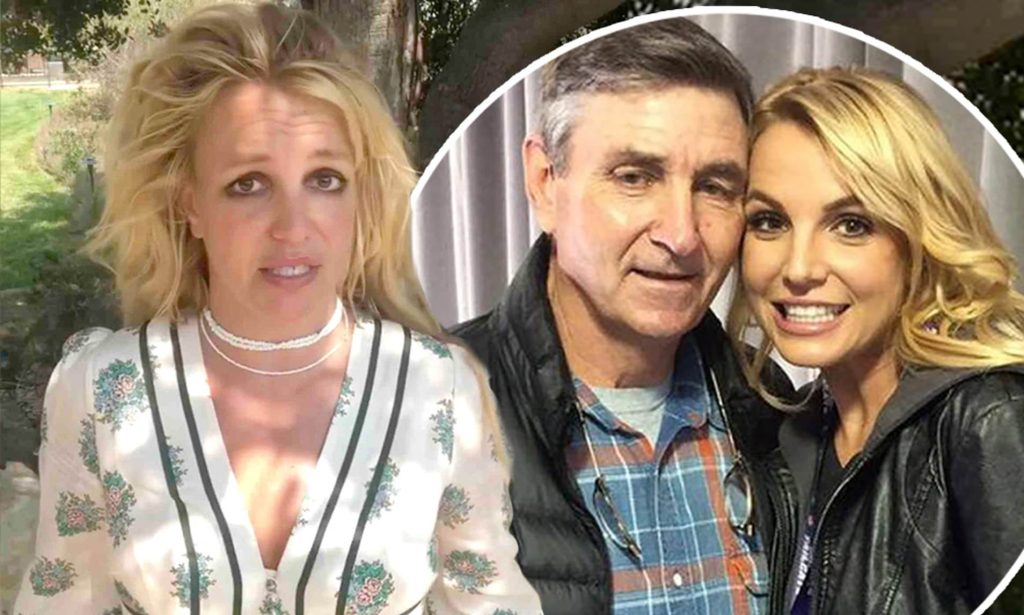 Britney Spears Calls Out Her Father Over Her Childhood

In a series of posts shared on her Instagram page, the singer recalled the treatment she allegedly received from her father during the 13 years she was under a conservatorship that gave him the authority to run her life.

Britney said both her parents treated her like a dog and didn’t let her have a say in her life, noting that they did not treat her younger sister Jamie Lynn Spears that way and questioned why.

Sharing throwback photos of herself, the 40-year-old singer addressed her estranged father saying Jamie was never a father to her “because he was always drunk”.

“I’ve always wondered how pretty people think … I used to feel pretty therefore I was CALM, CONTENT, NOT TRYING and then I felt like a hot wild mess … and I felt so alive in my wild days,” Britney opened her message.

Britney also posted five separate notes app screenshots where she elaborated on how her dad allegedly treated her during the 13-year conservatorship, making her feel the “UGLIEST.”

READ:  Everyone Thought I Would Fail, End Up As Drug Addict Like My Uncle - Blaqbonez

“Then in the conservatorship, I felt absolutely nothing,” she wrote in part. “I was sad, had no say in my looks in photoshoots, had to follow guidelines … I will say it until the day I f–king die … my family ruined my f–king life !!! … no being a sassy pants and no speaking up.”

“Anyways, the WAY THEY MADE ME FEEL … my dad always told me I was fat so! never felt pretty or good enough and I think the thing that made me feel the UGLIEST was the FEAR in being scared of what he would do… I looked uneasy, unattractive, not in my skin.

“The reason I’m talking about this is because know I try to present myself as being perfect and pretty … but it’s because I know what it feels like to feel ugly and scared !!! To be told ‘THERE IS NO LOOKING AT THAT FACE OF YOURS’”

“He was never a father to me because he was always drunk !!!” Britney continued. “The reason I’m talking about this is because I know I try to present myself as being perfect and pretty … but it’s because I know what it feels like to feel ugly and scared !!! To be told ‘THERE IS NO LOOKING AT THAT FACE OF YOURS.’”

READ:  Wizkid Is Officially Honored By Minnesota Government As A Day Is Named After Him, Called 'Wizkid day'

She noted that her dad increased the amount of female dancers onstage with her and put them in black costumes while she had to wear white ones.

“HE WOULD GO LOW !!! He was the lowest. He told me my boyfriend’s body was perfect and I needed to work on myself because wasn’t fit … WHAT FATHER TELLS HIS DAUGHTER THAT HER BOYFRIEND HAS A PERFECT BODY ??? And I have a lot of work to do ??? I mean yes his body was WAYYYY better than mine I knew that but I didn’t think I looked that bad !!!”

“Do other people secretly like feeling better than another person … WHY ??? What goes through someone’s mind to be hateful… WHY,” she asked.

She acknowledged that men care about looks, but she has her own goals right now. “I’m working on how I FEEL INSIDE !!! My posture, my body language, my BREATHING … when it’s time to speak, when it’s time to listen and WHEN IT’S TIME TO ROAR !!! I hope one day I can find my essence of feeling beautiful,” she wrote.

Britney referenced Scott Westerfeld‘s book Uglies and Wicked as moving content. “I cried so hard when I saw it,” she said about the latter. In particular, she was moved by Elphaba’s character. “They painted her an ugly green face but she was beautiful.”

Britney wondered how she’d feel in a different situation: “I saw this picture and said ‘WOW how did I used to THINK when I was pretty ??? Do pretty people think differently ??? How did I feel when I woke up in the morning ??? Would men respect me more if I felt pretty like that again,” she asked.

She also signed off with a message of love for other women who feel similarly. “Women who dream the highest will unfortunately always LEARN THE GREED AND ENVY OF MEN !!! Anyways ladies, FEEL BEAUTIFUL TODAY !!! Love you,” she concluded.

READ:  Pregnant Summer Walker Breaks Up With Her Baby Daddy After Tattooing His Name On Her Face 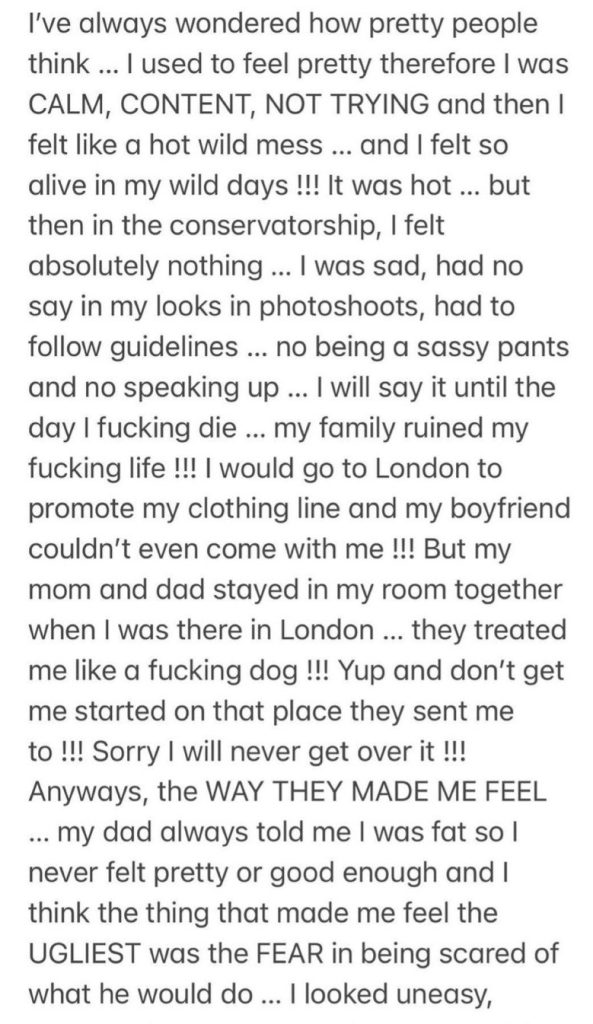 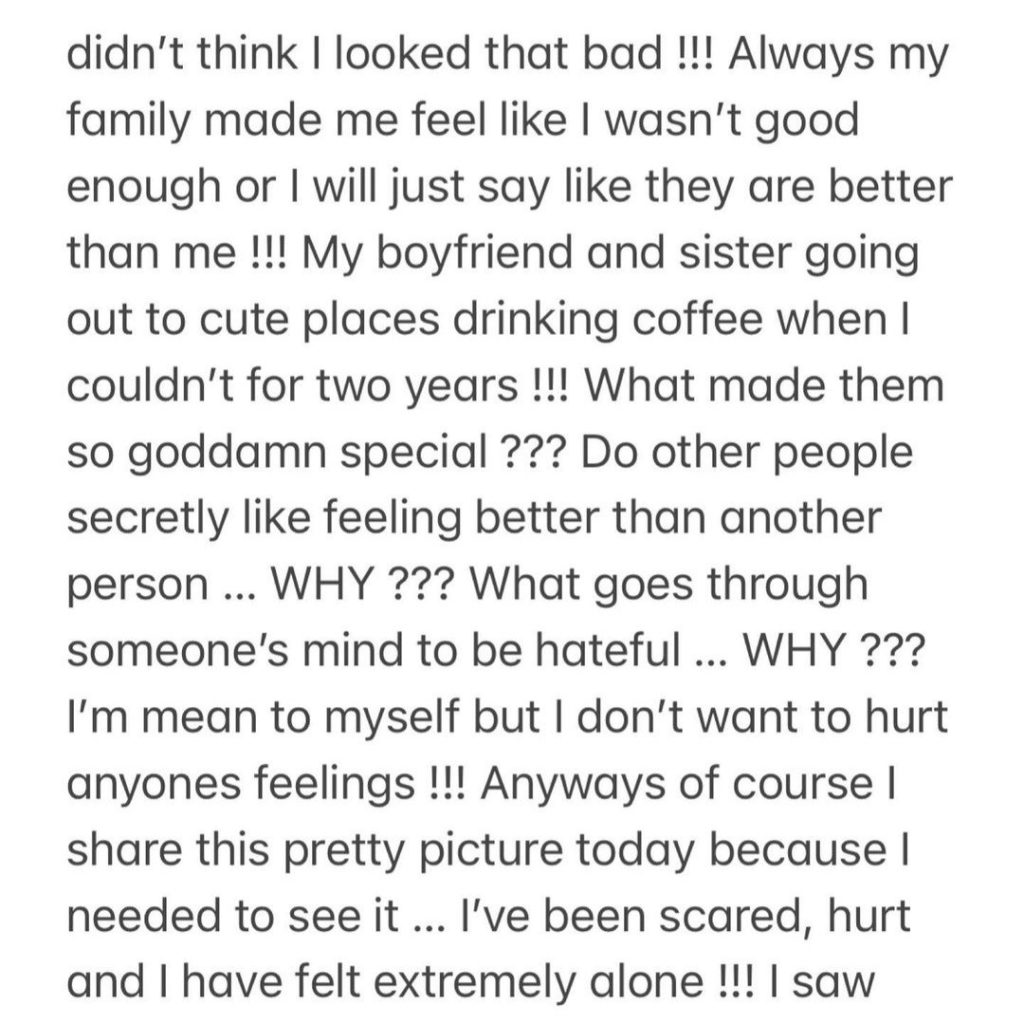 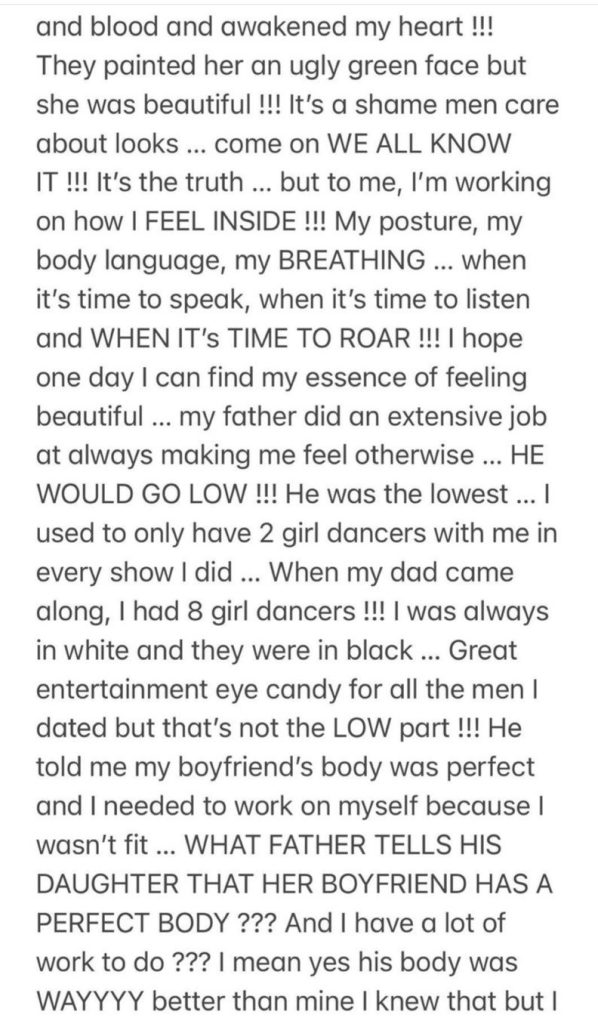 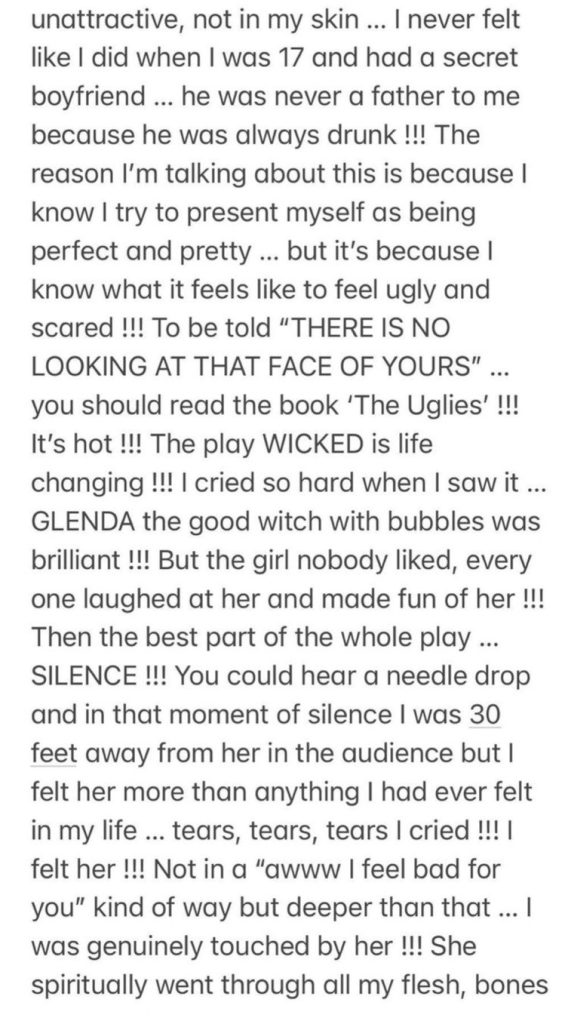 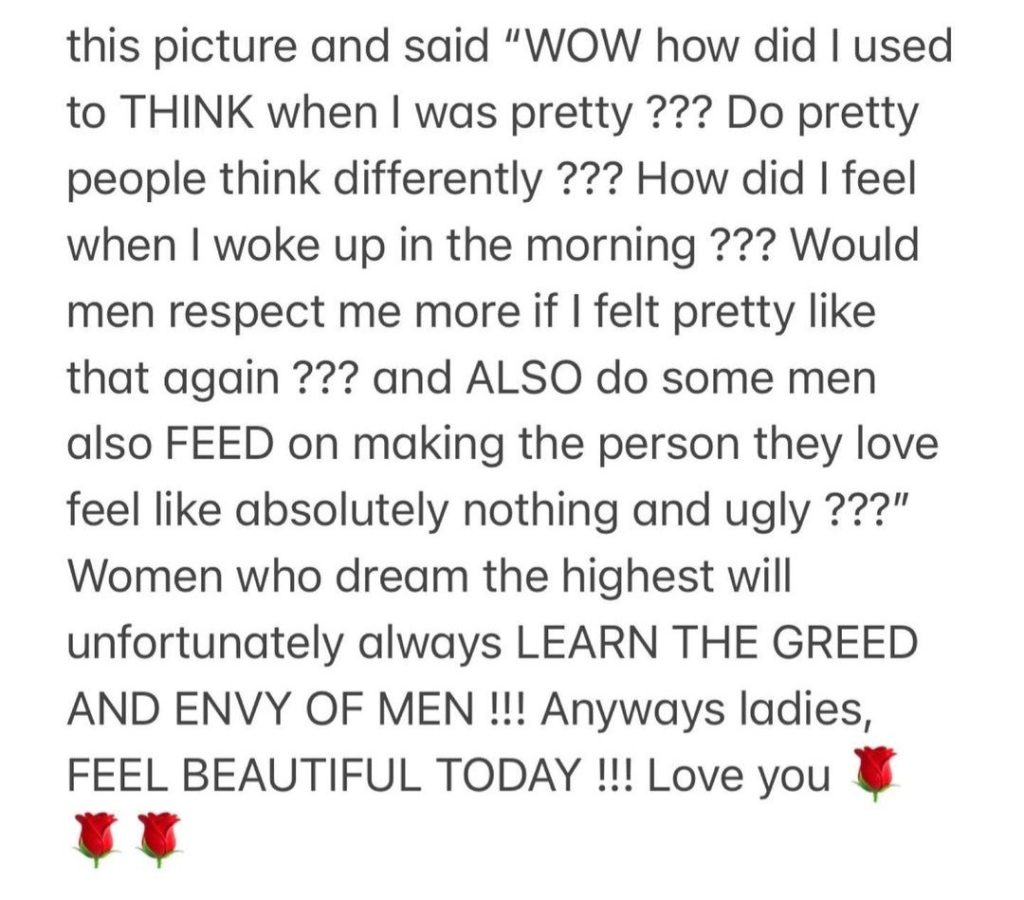 KanyiDaily had also reported that Adunni Ade lambasted her colleagues in the movie industry who are body-shaming her on social media because of her small backside. 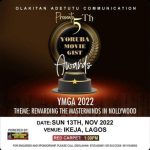 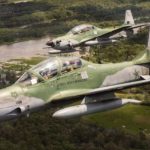