Nigeria’s Flamingos has crashed out of the FIFA U-17 Women’s World Cup ongoing in India on Wednesday after penalty shootout loss to Colombia. 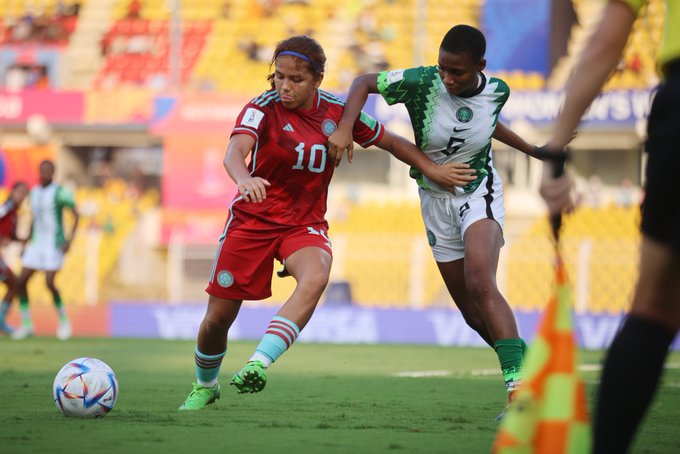 The Nigerian U17 girls took on Colombia on Wednesday in the semifinal of the championship after beating USA in the last round.

Meanwhile, Nigeria started the game much more threatening, but Colombia – after overcoming instability witnessed in the early stages of the game – recovered and managed to keep the opponents at bay.

The South Americans could have easily grabbed an opener in the 27th minute after Folorunsho failed to clear a threat and gave Orianna Quintero a chance to score, but the forward shot over the bar.

Another chance for Colombia went unconverted after Linda Caicedo delivered a cut-back, but Munoz could not find the back of the net inside the box as a stretched Nigeria defence breathed a sigh of relief.

The West Africans survived a late first-half threat when Colombia made their way past the backline, and although Rodriguez finally scored, the goal was ruled out for offside.

After surviving from going down courtesy of the offside flag, the Flamingos launched a counter-attack, but Colombia equally dealt with the challenge before both teams headed back to the tunnel for the half-time break.

A good recovery by Oyinlola saw Nigeria escape another danger after they lost the ball in the midfield. Munoz broke through after winning the ball in midfield but was not given space to shoot past Faith Omilana – who left her area in an attempt to close in on the free opponent – as Oyinlola cleared the ball.

There was a nervy moment in Colombia’s area in the 55th minute when they could not deal with a freekick delivered from the left wing. Bisola Mosaku took advantage of the miscommunication by their opponent’s backline, but her shot was blocked by goalkeeper Ana Guzman.

READ:  All Nigerians Are Asking Me To Run For President, I Won't Disappoint Them – Yahaya Bello

Omilana came to the rescue of Nigerians once again when she repelled a shot from Caicedo, who easily found a way past a disjointed defence in the 73rd minute.

With penalties in mind, Linda Jiwuaku – who was Nigeria’s penalty shootout hero against the USA – was brought in for Omilana in the 90th minute, but the tactical change did not prevent Colombia from advancing.

Colombia – who reached the last four for the first time in their history – navigated past Mexico, Spain, and China in the group stage before beating Tanzania in the quarters to book a date with the Flamingos.

The Flamingos now will contest a third-place playoff against either Germany or Spain.

KanyiDaily recalls that Nigeria’s Flamingos defeated USA (4-3) via penalties to qualify for their first-ever semi-final at the FIFA U-17 Women’s World Cup. 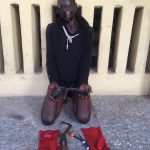 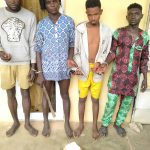